As Donald Trump looks to unite the Republican party against those who are trying to divide it and deny him the nomination, the #NeverTrump crowd took a huge blow today after a private meeting in D.C.

Trump met with former presidential rival Ted Cruz, and invited him to speak at the Republican Convention, which starts July 18th in Cleveland.

And unlike Marco Rubio — who announced Wednesday he would skip the RNC entirely — Cruz accepted Trump’s invite and will no doubt get a high-profile slot.

The AP reports Trump did not ask Cruz to endorse him at this time. But the Trump-haters are furious nonetheless.

Cruz says Trump invited him to speak at the convention and he accepted pic.twitter.com/vhbTsFjJ65 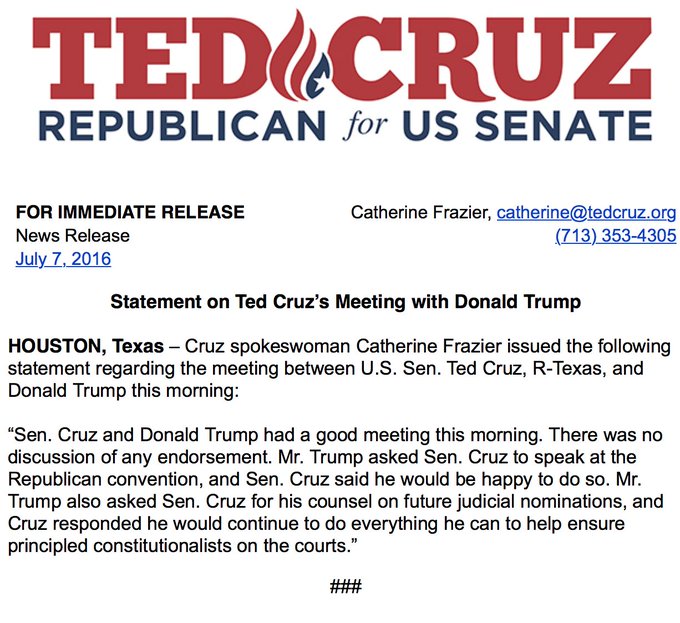 Trump and Cruz, who started the campaign on very friendly terms, became bitter rivals as the primaries wore on, and the DC-insider #NeverTrump crowd hoped he would stay far away from Cleveland.

But reports suggest the FBI’s whitewashing of Hillary Clinton’s obvious crimes underscores how critical it is for a unified party to defeat her, and is bringing many Republicans back to the table with Trump.