Skip to content
Home>Uncategorized>A Monarchy of Grapes: Five of the Most Remarkable Facts You Should Know About the Cabernet Sauvignons

Although it has been hundreds of years, the Cabernet Sauvignon continues to be the champion wine that is produced out of Bordeaux, France. However, in recent decades, the Sauvignon has actually grown even greater in popularity and is now a totally cherished grape worldwide. This has occurred even though there is some prime wine-making terrority in Chile, Australia, Italy, Spain, and the Napa Valley.

Why is this so? Well, for one thing, Cabernet Sauvignon has the unparalleled ability to age as gracefully as possible. It continues to remain a highly prized variety as one of the world’s most recognized wines. Experts and Cabernet Sauvignon enthusiasts alike will now weigh in on five of the most important facts you need to know regarding the “king of grapes”, Cabernet Sauvignon:

Cabernet Sauvignon: It Can Grow Just About Anywhere, But It Really Thrives in a Maritime Environment

“Cabernet Sauvignon is a very adaptable grape,” viticulturist Ann Kraemer explains. She is based in Northern California and she done work in many different California Cabernet vineyards. Cain Vineyard and Winery and Shafer Vineyards in particular have retained her on a regular basis. “Good Cab can be made just about anywhere,” she continued. “But the special sites where Cabernet can go to its peak are very rare.”

There is no question that Cabernet is a very hardy grape variety, as it exists in almost every wine-growing region throughout the world. However, you must realize where Cabernet will naturally thrive. Areas where there is a regular amount of ocean breezes will help the grape grow the best, simply because Cabernet will keep cool. If the vines get too hot, the vineyard’s Cabernet will not be quite as good. The berries have the right amount of acidity in order to produce top-notch Cabernet.

Indeed, the most celebrated sites for Cabernet are almost always by a large coastal body of water. They are capable of producing wines that have one of the best balances, and this holds true in both the young wines and the aged wines as well. In Bordeaux, we have a location that overlooks the North Atlantic, and those winds will keep those vineyards as cool as possible. The fact that the Grionde estuary is nearby also adds to Bordeaux’s ability to create a potent Cabernet Sauvignon. By the same token, the Pacific Ocean does an excellent job of keeping all of the vineyards in the Napa Valley as cool as possible. Vineyards in Australia will usually do best when they are situated along the Margaret River, and the vineyards of Tuscany are able to produce a good Cab variety because they have the benefit of the nearby Tyrrhenian Sea. Kraemer also notes that the best Cabs will always have a good balance between tannin, acidity, and fruit.

In order to be top dog in the wine cellar, the Cabernet Sauvignon will start with the very vine itself. This variety is a cross between Cabernet Blanc and Cabernet Franc, and it also will have a tiny amount of black berries with an explosion of tanning molecules and complex colors. These dinstinct chemical compounds will help the wine have the dark color that they have become known for. It also will pack a punch with its signature powerful chemical make-up, making it a fantastic choice for long-term cellar storage.

Chris Munro works for Christie’s Head of Wine, and he points out that this basic structure is not only essentially the skeleton of the wine, but it is also one of the main components that makes Cabernet wines such a valuable seller at auctions worldwide: “Cabernet has such a unique ability to age gracefully,” he said. “That definitely makes it very special, and it is one of the hallmarks of one of the greatest wines the world has ever known.”

Cabernet Sauvignon undoubtedly has a unique chemical makeup, and that makes for it to have a flavor that is truly classic and instantly recognizable among wine aficionados. This aromatic profile has a vast repertoire of fruits, including blackberry, plum, pepper, and a wonderful mouthfeel, to say the least.

Munro unquestionably has a rich description for even the younger versions of Cabernet, noting that the signature has a “Richness from the cassis and the blackberry, and it has a great touch of sweetness that pairs really nicely with the dried tannins.” Part of the reason that the Cabernet gets better with age would have to be because the tannin will not be as astringnet. Moreover, the fruit is not as ripe and takes on more of a floral, secondary, or earthy quality. Of course, Munro does have some advice for those who prefer aged wines. In short, they should expect “A tannin that is highly softened along with secondary and tertiary flavors. However, the wine will still balance out very well.”

When you are looking for built-in flavor and a fascinating and complex aroma, you really can’t go wrong with the Cabernet. When you blend it together, winemakers get the chance to soften the edges in a very thorough manner. Blending will also go a long way in balancing out the tannins and heavy fruit flavors. You can also lessen the acidity from a less-than-perfect climate or vintage if you do the blending.

Pioneered by the Bordelaise, Cabernet Sauvignon came about because it was originally a tremendous challenge to make a good wine from a ripened grape in the Bordeaux climate. Of course, Merlot and Cabernet Franc were pretty good about ripening, but they didn’t have the structure to keep very well. However, all of the classic Bordeaux blends will deftly balance tanning, fruit, and spice. Thus, they are often mimicked globally simply because they can combine the signature qualities of the Cabernet and also have the best elements of all of the other grapes as well. There is a truly a harmony of flavors in this case. Munro and Kraemer both agree that “a great wine is always going to be about balance. You find silky tannins, richness, and acidity.”

All Occasions Call For a Cabernet Sauvignon

Cabernet Sauvignon will always be known as an absolute rockstar in the cellar. However, there are plenty of winemaking methods, styles and terroir that can provide an artistic sculpture of wines that will give you an early and easy drinking experience. If you decide to collect this type of wine, you should realize the importance of selecting a wine based upon your drinking window, goals, and preferred characteristics.

One of the things that Munro will always point out is that exploration is always key to discovering which variety of the Cabs that you enjoy the most. You should build a collection around the ones you enjoy best. “You learn about wine, and then you build a collection around them, and that is unquestionably one of life’s great pleasures,” he said. “That is why you go to your local store, do some tastings, and go to a wine-producing area, if not Bordeaux itself. When you learn as much as possible, then you are able to buy the wines that you will enjoy drinking.” 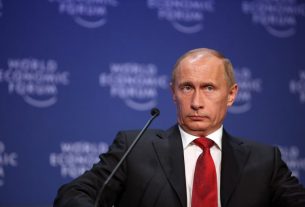 FBI Just Issues A MAJOR Warning About The Vaccine Card!

BREAKING: Sick Pig Caught PLOWING HIS CAR INTO CHURCH And Setting It On Fire!