Skip to content
Home>Uncategorized>A Trans Woman Spent Nearly Six Figures To Get The “Perfect Body”, What She Looked Like Before Will…

A transgender woman from Italy has spent $76,000 on plastic surgery and won’t stop until she has reached “perfection”.

Fulvia Pellegrino, 56, has had more than 150 lip and cheekbone fillers, four breast implants, and two rounds of liposuction – and has the full support of her wife.

Pellegrino spent four decades denying who she truly was. Although she was born with a male body, Pellegrino always identified as a woman but never felt at ease making the change until she got married. Fulvia, who was previously known as Fulvio, has received full support from her spouse to transition to life as a woman and has been on that path for years now.

Fulvia’s transition to womanhood included operations and cosmetic treatments, which she considers have aided her in attaining the “ideal” female form. 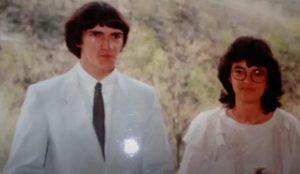 Fulvia knew she was transgender by the age of fifteen, but she concealed her identity from her family because they were very religious. Fulvia’s father was also a priest, and she feared that if she revealed her trans status, her family would reject her.

“I was living with my family, who were very narrow-minded and very religious. I never manifested my will because it was impossible with my dad. He had three sons, and he wanted three sons only,” she stated.

Fulvia kept her secret to herself until she met Marissa, 32 years ago. Fulvia began exploring life as a transgender woman shortly after they got married. She started going to gay bars and dressing in women’s clothing in the privacy of her garage.

Outsiders, on the other hand, were unaware that Fulvia was struggling with her gender identity because she presented a tough front by buying weapons and high-end automobiles.

To cover up her gender, Fulvia began to outwardly present herself as a hypermasculine man, buying firearms and cars. But 16 years into her marriage, she couldn’t live a lie any longer, and finally confessed to Marisa that she was a transgender woman.

“Obviously Marisa lost if for a moment, it is not something that is easy to accept,” she said. “Today Marisa and I are nothing more than two sisters. We live together, we argue like two normal people but not like husband and wife.”

To finance the treatments, Fulvia sold her weapons and properties. She is, however, ecstatic with the outcomes.

“I am now the clown of Peveragno. They point at me. They talk about me. They start inventing stories about me that I am a prostitute. My friends have all vanished – they didn’t accept me,” said Fulvia. “I couldn’t be without Marisa and do what I do without her. She is always here with me.”

Well, it’s not enough for her.

“I won’t stop here. I want to go ahead because it’s not perfect. If I reach perfection, maybe I will stop.”

How Much Free Money The Government Gave To CONVICTED FELONS Is Absolutely Disgusting!

SENIOR BANKER, Don King, Calls for ISIS to Do the UNTHINKABLE to Melania Trump, PURE EVIL