As what seems to be the last days of President Trump’s first term are winding down, it seems that everyone and their brother is asking for a pardon.

It makes sense because there are a lot of people that for one reason or another got unfairly handed a bag to hold that are being punished a little bit too harshly.

Like the people that got caught with barely enough pot in a bag to fill a thimble when they were eighteen twenty years ago and have been serving a far overly harsh punishment.

Then you have people that just knew they were doing the right thing even though it was going to get them in trouble.

Julian Assange has finally and officially appealed to President Trump for a pardon. Assange has been charged with the Espionage Act for publishing the war logs for the Iraq and Afghan War Logs. But, here is my question for you. How could Assange be guilty of these charges but Hillary is not? How many leaks has the NYT published? Even when the accusations were not true?

I wonder how Assange would show his appreciation. Would he reveal where the DNC emails came from? After all, if it was Seth Rich, he no longer needs protection. He would not be betraying anyone. In fact, it could lead to a thorough investigation into his death. I doubt the murder would then be solved but it would be a cloud over the DNC.

Julian Assange is now in a British prison cell, awaiting to see if he would be deported to the United States for trial. Time is running out for him even though people of all political spectrums would like to see him get a pardon with the exception of those DNC officials and supporters who do not want the truth to come out.

From The Gateway Pundit

Assange is imprisoned in the United Kingdom pending a decision about his extradition to the United States where he faces charges under the Espionage Act for his publication of the Iraq and Afghan War Logs. If convicted he could face a maximum sentence of 175 years for the “crime” of publishing material that the US government did not want the population to know.

In 2018, President Trump’s attorneys quietly made a case in defense of WikiLeaks throughout legal filings responding to a lawsuit filed by Democrat Party donors who alleged that the campaign and former advisor Roger Stone conspired with Russians to publish the leaked Democratic National Committee emails.

Their assessment was correct.

“That is so even when even when the website performs ‘editorial functions’ ‘such as deciding whether to publish,’” the filing contends. “Since WikiLeaks provided a forum for a third party (the unnamed ‘Russian actors’) to publish content developed by that third party (the hacked emails), it cannot be held liable for the publication.”

This defense holds true for the war log releases that Assange has been charged for publishing.

There’s Something Happening In China That May Be Here Very Soon! 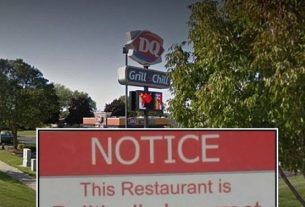