Skip to content
Home>Uncategorized>Another Sick Chapter Of The Trump Witch Hunt Has Begun!

Biden’s so-called Trump fault-finding committee has always been on the move since Trump steps down from office. Their main goal is to dig up everything about Trump – make false accusations, and bring it to the mainstream.

Ans their end goal is to destroy Republicans’ hope in preparation for the upcoming election… a more subtle approach.

And recently, an honorary member of Biden’s Trump fault-finding committee and a known Trump-hating Democrat DA in Westchester County, New York has opened up a previously unreported criminal probe of Trump Organization finances. The Trump Organization is currently under indictment in Manhattan.

Shortly after the Senate acquitted Trump (for the second time), Mimi Rocah got to work and opened a criminal investigation into the Trump Org so she could harass him and get her conviction.

A source with knowledge of the investigation has confirmed that the town that collects local taxes from the course, Ossining, has received a subpoena from Rocah’s office for documents.

Rochah, who has repeatedly attacked Trump publicly, is on a fishing expedition looking for a crime. Mimi Rocah desperately wanted Trump to be convicted by the senate in the second garbage impeachment.

It’s increasingly clear that Trump refused to take steps that only he could take to stop the violence happening that day. That alone is unforgivable & worthy of conviction.

The DA’s office is probing to see if the Trump Organization misled the town of Ossining about the golf course’s property value to pay fewer taxes.

The Manhattan case is tied to tax-related conduct amid claims Trump Organization employees illegally ‘received tax-free perks such as apartments and car leases.’

In July the Trump Org’s CFO Allen Weisselberg surrendered himself to the Manhattan DA after being indicted. 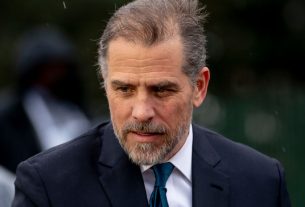