Skip to content
Home>Uncategorized>Any Democrat Who Votes To Convict Is Guilty Of TREASON!

One thing about liberals is that they always try to trick people into thinking that their way o doing things is the right way.

It is sort of like when someone that your trust tries to tell you that what you are doing is the right thing only to find out later that it is horribly illegal.

At the end of it all, we are facing something major when it comes to this awful impeachment business. What liberals don’t understand is if they vote to convict they are setting themselves up for problems of a much larger nature.

Democrats in the House were looking for any excuse to impeach former President Donald Trump a second time.

They claim they found one after some of his supporters rioted in the Capitol Building last month.

That was stupid, for certain, because it played right into Democrats’ hands, as well as several RINOs.

The endgame objective for these lunatics is to permanently ban Trump from ever running for the presidency again.

They want to tell Mr. and Mrs. Patriotic American, in essence, that they can vote for anyone else in the country, just not Trump.

But let’s face it: They’re trying to wield it anyway because they think they can. They think they can get away with it. They don’t think we’re paying attention to what they’re really doing, which is committed an overt act designed to destroy our constitutional order.

It doesn’t matter that a majority of senators proclaimed that the Constitution gives them the authority to try a president who is no longer in office.

The framers would have included a provision allowing Congress to go after a former president if they had wanted to give Congress that power.

So — what do you call an overt act of subverting our constitutional system?

The Merriam-Webster dictionary defines sedition as the “incitement of resistance to or insurrection against lawful authority.”

Democrats are inciting resistance to the lawful authority of the Constitution if they vote to convict Trump though he’s already out of office. 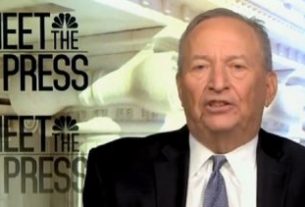 What Joe Biden Is Really Doing With The Haitian Migrants Is Disgusting!