Skip to content
Home>Uncategorized>AOC’s Latest Lie May Be Her Biggest And Most Hateful Yet!

Many of you are familiar with the concept of stolen valor. For those that are not, it is the idea that someone claims that they were part of something that they were not in order to get something in return.

You might see this when someone is claiming that they are in the military when they are not to get the discount. Hell, I remember being at the airport once when a guy in Navy dress whites come up to a bar and he was trying to get the military discount for something. He sits down and we get to talking and he starts telling me that he is a machinist’s mate..the problem was, he was wearing a patch for a signalman….a rating that has been defunct for over a decade.

AOC is that guy in the bar.

Well, well, well…What do you know? All those tales about how her life was in danger and that Ted Cruz almost got her killed and her claim that rioters were hunting her down were all lies.

At the time the rioters were in the Capitol, AOC was in her office as she has already admitted. But, her office is in the Cannon Building, still inside the Capitol complex, but some distance from the Capitol Rotunda and House Chambers.

She wasn’t even in the same building with the rioters.

Makes me doubt her story about being a #MeToo victim as well. AOC’s office is two doors down from Nancy Mace’s and Mace confirms that no rioters ever ended up in their building.

That story she told about having to hide in her bathroom is full of crap so I guess she was in the right place for it. It looks like she owes Ted Cruz a major apology.

Here is the story she told:

Ocasio-Cortez said that rioters actually entered her office, forcing her to take refuge inside her bathroom after her legislative director Geraldo Bonilla-Chavez told her to “hide, hide, run and hide.”

“And so I run back into my office,” Ocasio-Cortez said. “I slam my door. There’s another kind of like back area to my office, and I open it, and there’s a closet and a bathroom. And I jump into my bathroom.”

Ocasio-Cortez said was hiding behind the door “and then I just start to hear these yells of, ‘Where is she?’”

As members of the mob banged against the door, Ocasio-Cortez believed “this was the moment where I thought everything was over.” 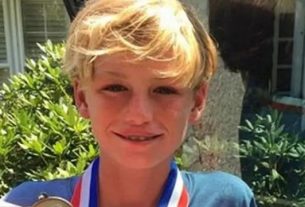