In his latest appearance, Friday on Fox News’ “Mornings with Maria”, Dr. Ben Carson, former Housing and Urban Development Secretary has long been a champion of pro-America, pro-conservative causes, has issued a wake-up call that Democrats failed to see.

During the Trump administration, Carson’s work had a major impact on communities all over the country. Now, he is watching how the left is pushing its radical agenda. And he is seeing how Americans are reacting.

He is arguing Americans are recognizing the “manipulation that is occurring” and “waking up” across the country.

Here’s a transcript from Fox News:

I think they [Democrats] are assuming that things are as they always have been, and that is that the media would shield for them, that the people believe the media and that they could say and do pretty much anything they wanted. What they haven’t taken to account is that people across this country are waking up. They’re recognizing what’s going on. They’re recognizing the manipulation that is occurring. And I think they’re going to see and pay a big price for it coming down the pike here.

It was Khrushchev who said more than six years ago that your grandchildren’s children will live in communism without firing a shot. What did he know? All you had to do is gain control of the educational system so that you could indoctrinate your kids, gain control of the media, so you could spoon-feed the people what you wanted them to hear and exclude what you didn’t want to hear. Replace faith in God with faith in government, and ballooned the budget deficits to the point that you could justify massive taxation, redistribution of wealth and complete control there. Well, on the way to doing these things, but I think they went a little bit too fast. And I think the people are waking up out of their stupor. And I think that that’s going to be taken care of.

Ben Carson blasted the Democrats’ agenda of forcing socialism onto the country. He said that Democrats moved “too fast” to push massive taxation and social programs. And that Americans are “waking up” to their schemes.

President Donald Trump showed Americans just how much we can succeed when the government puts us and our rights first.

Democrats overcompensated when Joe Biden went to the extremes to reverse Trump’s policies. He and his cohorts went too fast and too hard to push socialism. The result was an economy (recovering from 2020) going haywire. Inflation and skyrocketing gas prices.

An overwhelmed border and chaos overseas. Not to mention attempts by government-run schools to push critical race theory and transgenderism onto children.

Now that Americans are awake, there will be a red wave sweeping over D.C., shaking the left to its core. Because Americans have had enough of Democrats lurching hard to the left. And the media has been unable to hide all the failures under the rug. 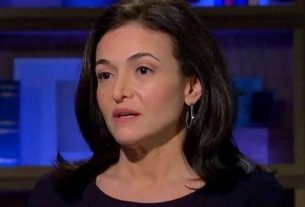 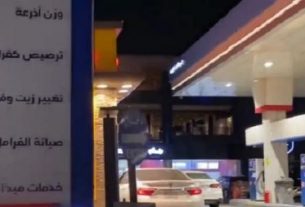 How LITTLE They Pay For Gas In Saudi Arabia Will Make You See Red! [VIDEO]