Skip to content
Home>Uncategorized>Biden Just Ordered Them To Go After EVERY Trump Official!

It is completely and totally understood that you have changeover every time there is someone new that comes in.

Look at what happens whenever a football team signs a new coach. You get a lot of changeover with staff and things like that.

At the end of the day, we know that there are bound to be people handed a moving box, but we didn’t think that it would be this many people and in such a malicious fashion.

We have been warning that this was going to happen for a while now.

It is crazy how upside down the world that is Washington DC has gotten.  Up is literally down, and down up, freedom is slavery and slavery is freedom.

President Biden talk about uniting the country, while the Party he leads moves to impeach a private citizen when it no longer in office.

However, impeachment is not the only thing that they have planned for Trump and those who worked with him in advancing his America First agenda …

‘The Department of Justice Inspector General’s Office announced Monday that they were investigating whether any current or former DOJ employees attempted to alter the results of the 2020 presidential election.

“The investigation will encompass all relevant allegations that may arise that are within the scope of the OIG’s jurisdiction,” the announcement from Inspector General Michael Horowitz said, noting that this jurisdiction covers the conduct of past and present DOJ employees but “does not extend to allegations against other government officials.”

The official announcement did not go into any further details, but a source familiar with the probe pointed to Friday’s New York Times report about now-former President Donald Trump working with certain Justice Department officials to possibly replace then-acting Attorney General Jeff Rosen with someone who would have been more open to overturning election results.

The report said that Trump and DOJ attorney Jeffrey Clark had discussed a plan involving replacing Rosen with Clark and pressuring Georgia to overturn the results of the election in that state by sending a letter to lawmakers saying they were looking into voter fraud allegations and the results should be vacated.’

Trump’s White House attorney, Pat Cippollone, who defended Trump during his first impeachment trial, reportedly advised Trump not to replace the acting AG and as you well know, Trump never did.

Any Democrat Who Votes To Convict Is Guilty Of TREASON! 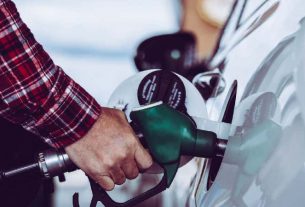 What Biden Said About GEORGE FLOYD’S DAUGHTER Is Absolutely Sickening!