O’Reilly has questioned the person who put up a harassment tape which raised questions about the motives behind new allegations that have been made against Trump. His very own investigators have brought forward information on an anti-Trump attorney offering women money to file sexual assault charges against President Trump.

This is becoming a large issue especially as sexual harassment has received renewed attention in the wake of revelations Hollywood mogul Harvey Weinstein had engaged in predatory actions against women.

Bill O’Reilly is, thankfully, one of President Trump’s strongest supporters and is one long time friend who has not tried to score points or get famous by attacking Trump.

But he knows they are out there, people who would do anything to take down or severely damage President Trump.

The left will literally stop at nothing in their quixotic quest to take down Trump and his presidency.

Which means they hate democracy because Trump won, fair and square.

America had to make a choice and we made it. History, not jealous liberals, will be the ultimate judge of Trump’s two terms.

And maybe that is why they are so terrified of Trump. He is a game-changing candidate and the establishment will never be the same.

Their power will be gone with their corruption and their bloated Government salaries and even more bloated no bid government contracts.

And then there are the lobbyists who know the gravy train is coming to an end.

It is under these conditions you should listen to what Bill O’Reilly and his team of investigators just discovered.

O’Reilly said his investigators had uncovered an audio recording of “an anti-Trump attorney” offering a $200,000 bribe to an identified woman to file false sexual harassment charges against Trump.

“It exists,” O’Reilly said. “We have urged the person who has the tape to hand it over to the U.S. attorney, because my investigative team believes there are three separate crimes on the audio tape.” READ MORE 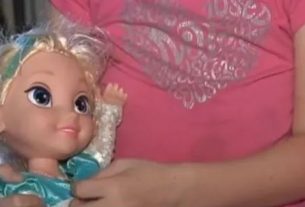 They Have Found The BEST Way To Shut Down Critical Race Theory!