Skip to content
Home>Uncategorized>CNN CAUGHT Directly Asking Biden What He Wants Them To Say!

However, it appears that Shelter’s interview is more closely resembles the propaganda served up by authoritarian regimes.

Shelter’s interview with Psaki raised eyeballs among American viewers and patriots, one of who correctly noted that “you think it can’t get any worse until you watch it again.”

I mean, Stelter did not even bother throwing softballs at Psaki. It was more like Nerf balls. Here’s a sampling of some of the “questions” he asked in what he described as an “in-depth interview“:

“Busy summer ahead, infrastructure, election reform. What does the press get wrong when covering Biden’s agenda? When you watch the news, when you read the news, what do you think we get wrong?”
—-
“There are times in your briefings where you seem so comfortable, then there’s times where you seem frustrated by the lines of questioning. So, I want to know what the job is like versus what you expected it to be like?”
—-
“[Biden]said in his inaugural, we all have a duty to defend the truth and defeat the lies. Five months in, do you feel you’ve made any progress with that, defeating the lies?”
—-
“For other P.R. professionals who watch what you do, for journalists who watch what you do, what’s your advice for them about trying to stay close to the truth in this world of lies?”
—-
“You mentioned your kids, you have a daughter going into kindergarten, I have a daughter going into pre-K. And I think to myself, what kind of countries is this going to be when they are our age? Do you — do you fear that, given the craziness we’re seeing from the GOP? Do you fear that for our — for our kids, your kids and mine?”

About the only things he left out was asking what her favorite color was and what places she liked to visit in her off time.

“How can we better serve you, Master?” https://t.co/kC9MuCfuHQ

Yeah, you quite literally never heard these types of “questions” asked from so-called “objective” reporters of Spicer during his time at the White House, nor the press secretaries who served after him (Sarah Sanders, Stephanie Grisham, and Kayleigh McEnany).

Not that we didn’t know “interviews” like these were coming, but Stelter made it painfully clear the type of network CNN would be with Biden back in November, when he gushed over an interview he did with then-Biden campaign national press secretary T.J. Ducklo on the “role of the fourth estate.”

The piece sounded like something you’d see straight out of a political campaign. “I was struck by his statements…” and “a reset is about to begin.” A tweet he posted at the time said it all:

I don’t think I need to spell out in graphic detail what “normal relations” means in this context, if you catch my drift.

Since Biden was inaugurated, Stelter has kept up the tradition of plumping the Biden administration’s pillows, most notably with the “how refreshing” chyron he posted over a picture of Psaki. He used the phrase the next day in tweeting out a puff piece article about Biden. It’s been used by others since that time to mock and ridicule him over his continued obsession with former President Trump and his constant oohing and aahing over Biden, VP Harris, Psaki, and other admin officials.

There’s no word yet on Stelter’s obvious bias from his CNN colleague Chris Cillizza, who once infamously declared that “reporters don’t root for a side. Period.” Perhaps he’ll get to that after he’s done trying to troll Cruz.

But as I always like to point out, when they tell you who they are, you should listen to them. If they hadn’t before (and they definitely did), Stelter and CNN have definitely told us who they are since they declared Biden the winner in November. Pravda would be seriously impressed.

Trump’s Lawyers Need To Do Just ONE THING To Win At Impeachment!

Here’s Another Sick Reason Why Fauci Wants To Force Vax Your Kids! 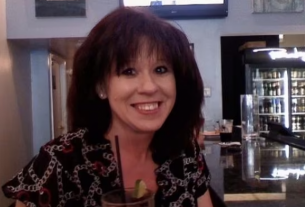