There has definitely been a lot of mayhem and unrest going on in our country. First of all, we are having a lot of racial tension in this country. Secondly, when you couple that with the fact that we are seeing an outbreak that is on par with the Spanish Flu of 1918, you can definitely see how 2020 has been one of the most difficult years since 1968. Getting back to COVID-19, we realize that if you aren’t careful with it, this condition can quickly become a deadly disease that has the potential to kill hundreds of thousands of Americans and other people all over the world. Of course, all fifty U.S. states are continuing to work to curb the spread of this terrible virus, but they are encountering some serious challenges. For one thing, there are many people that simply aren’t following government recommendations. There are tens of thousands of cases that continue to spread like wildfire in the American Southwest and the South. That is part of the reason why people expect others to wear the mask and stay at least six feet away from each other. We all have to do our part to keep the virus contained.

However, there was a rude customer at a well-known Arkansas steakhouse restaurant who refused to comply. Despite all of the bad press about those who don’t practice social distancing or who don’t wear masks, there was one restaurant patron who simply wasn’t having it at all. She was calmly asked to be as courteous as possible, but she didn’t listen. She got completely defiant instead, starting to deliberately cough on the other customers in a blatant attempt to put them at risk for COVID-19. Needless to say, her behavior sparked a riot in the restaurant, and Seth Crews caught a significant amount of the mayhem on camera.

Luckily, Crews’ brother was there as well, and so he tried to break the fight up. However, he wasn’t very successful simply because these individuals were now itching for a fight. These Arkansas diners began throwing their punches, and unfortunately the rest is history. This restaurant is located in Little Rock, but it still illustrates an important truth: people are still not respecting each other very well, especially considering how this virus is still taking lives and killing Americans.
Crews’ video starts when an angry customer accused the offender of being too close to other people without wearing the mask. This particular accuser was sitting down, wearing his mask, and he told the offender, “You will need to move. You have to be at least six feet away from me.”

Of course, the great majority of individuals will listen to the warning from the scientists regarding this illness. They will respect the guidelines of the CDC, and they will wear that mask and try to remain as far away from people as possible. However, there are still some people who don’t want to be told what to do.
Take one prideful man in particular who, in this instance, was wearing a “USA” shirt. He stormed over and turned this incident into a fight, raising his voice and yelling as loud as he can. Additionally, he will also take his rage out on a black man in the restaurant who is doing the right thing and wearing a mask. As he approaches the man from behind, he starts attacking him and pushing him in the back, and he is trying to start a brawl.

As you can see, the footage is showing that the “USA” man is instigating the fight. One individual proceeds to smash a bottle over the other person’s head, and then there is total chaos after that. As a result of this initial altercation, a bunch of other people that were already at the restaurant jumped up and started fighting over the COVID-19 issues as well.
As far as why this Little Rock steak house was allowing people to get closer than six feet apart, there isn’t an easy answer to that. To date, this steakhouse has not issued a statement regarding the fight that broke out in their restaurant.

“It’s common courtesy that if someone is telling you to get away from them, that’s what you do,” Crews added. “Of course, it might be that if you don’t want to get Coronavirus, you just shouldn’t go to a restaurant.”

Little Rock and other locations within the American South are being devastated by the coronavirus. Governors in many Southern states ignored the warnings and now they are suffering the consequences. Daily infections of the coronavirus could reach as high as 100,000 per day if this country doesn’t start taking some serious action regarding this issue.

“If you decide to congregate at a bar, that is going to be bad news,” Dr. Anthony Fauci said. “We have got to stop that right now. We need to emphasize personal responsibility both as individuals and as part of an effort within greater society. We have to play a part in ending this epidemic.”

What are your thoughts on a fight breaking out in a Little Rock steakhouse over the COVID-19 outbreak?

Former First Lady? YOU WOULDN’T KNOW IT! Michelle Obama in Big Trouble After Getting a “Special Dance” At a Concert 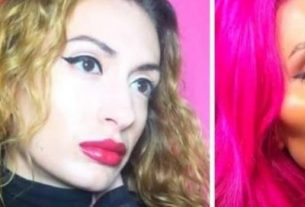 She Said She Didn’t Want To Look Like A Mouse, But The Finished Result….