Skip to content
Home>Uncategorized>COVID Doctor CONFESSES “WE ARE NEVER GOING BACK!”

The old saying about how you can’t go home again is more true than most of us realize.

I remember when I got out of the military, I tried moving back to the town I grew up in because to be honest, it was all I really knew. However, in four short years, things changed so much that I really didn’t know it anymore. It almost seemed like they had swapped out all the old people too.

There are some moments that you can’t recover from and moments where things are just never going to be the same.

This writing was on the wall already. Several people had already suggested not only weren’t we going back to pre-COVID status but that masks were also going to be a requirement even with a vaccination. The virus will mutate. It already has.

That’s natural in order for it to survive. Dr. Scott Gottlieb said we can’t just go back, the virus is always going to be there.

Dr. Gottlieb is on the Pfizer board. “I just think things are going to be different, just like they’re different when you go through an airport now after 9/11. I don’t think masks are going to be mandatory next fall and winter if we can get the vaccination rate up and if these new variants go away or don’t become prevalent. But I do think a lot of people will want to wear masks, and that’s OK.”

Gottlieb expressed a couple reasons behind his beliefs, one of which is many people, including health care workers, are unwilling to be vaccinated. Since the virus strains mutate, there is no universal inoculation against the seasonal flu either.

Dr. Gottlieb backpedaled, saying it may prevent symptomatic COVID. It may not prevent catching the infection at all. “It’s going to take time to fully answer that question because we’re going to be dependent on real-world evidence, but the conventional wisdom … is that the vaccine is probably preventing some people getting infected and probably reducing likelihood of people who are infected [from transmitting] the virus. What we don’t know is the magnitude of that effect.”

Which is something much of the public already knew. If doctors that have successfully treating and even curing this have been told to “sit down and shut up”, we figured something was going on. Americans started doing their own research.

They Just Totally Let Prince Andrew Get Away With It! 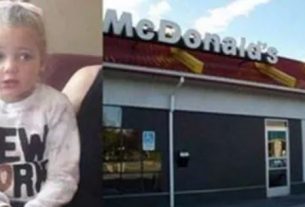 She Ran Out Of The Bathroom SCREAMING, Then Her Mom Saw What Was On Her Legs…