Skip to content
Home>Uncategorized>CROOKED Lib School Board FORCED To Apologize For Horrific Insult!

It is clear to anyone that is paying attention to the current administration that anyone who loves freedom is public enemy number 1.

Since Biden was thrust into power earlier this year, he and his team have gone full throttle working hard to strip Americans of their rights under the guise of safety. Now, they are going even further attacking parents who stand up for their children against their tyrannical mandates.

These parents are not just speaking out against the mask mandates that are spreading across the country but the dangerous and racist Critical race theory that is infiltrating the schools.

If you remember, parents have gone to school board meetings to protest CRT being taught in schools and instead of the government listening, they attacked the concerned parents.

In fact, the government went so far as to label these parents as “domestic terrorists” and that they needed to be watched for violence.

Of course, once this news was revealed, the government is doing its best to cover it all up and pretend it was just one big misunderstanding.

What is the best way to do that?

Well, throw one of their own under the proverbial bus.

The National School Board Association last Friday announced “we regret and apologize for the letter” to the Biden Administration characterizing concerned parents as potential domestic terrorists.

This letter comes just one day after the Washington Free Beacon obtained emails revealing the Biden Regime was coordinating with the NSBA in the weeks leading up to the memo attacking parents.

“On behalf of the NSBA, we regret and apologize for the letter. To be clear, the safety of school board members, other public school officials and educators, and students is our top priority, and there remains important work to be done on this issue. However, there was no justification for some of the language included in the letter,” the NSBA wrote.

“We deeply value…the voices of parents, who should and must continue to be heard when it comes to decisions about their children’s education, health and safety.”

Breaking: In the wake of yesterday's @FreeBeacon report, National School Board Association announces "we regret and apologize for the letter" to Biden admin characterizing concerned parents as potentially domestic terrorists pic.twitter.com/3RBufvWqAN

The Biden Regime wanted to crush the growing movement of angry parents rising up all over the country so they coordinated with left-wing activists at the NSBA to label parents “domestic terrorists.”

Pressure from parents and conservative media forced the NSBA to apologize and make policy changes.

Garland is set to testify before the senate judiciary committee next week (October 27) so it will be interesting to see what he says when confronted with this apology letter from the NSBA. 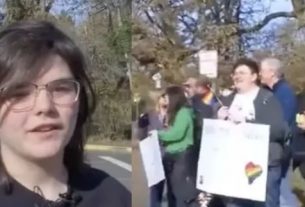 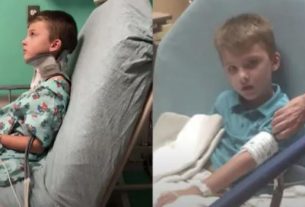 Bullies Beat This Eight Year Old Boy So Bad He Was Hospitalized, But They Refuse To Charge The Bullies!