Rep. Adam Schiff, a California Democrat and chairman of the House Intelligence Committee, opened up about Robert Mueller’s in a forthcoming book.

An advance copy of Schiff’s upcoming book, “Midnight in Washington,” which CNN obtained detailed about Robert Mueller’s “heartbreaking” lack of acuity which includes revelations about the special counsel appointed during the Trump-Russia probe.

Mueller, now 76, was appointed special counsel in May 2017 by Deputy and Acting Attorney General Rod Rosenstein – after former President Donald Trump fired FBI Director James Comey. Although Schiff writes that he pursued Mueller to deliver his July 2019 testimony, the reality was “heartbreaking” to Schiff when he struggled to answer basic questions.

As part of Democrats’ many attempts at that time to take down President Trump, Rosenstein still ordered the Special Counsel even there was no collusion.

Rosenstein then approved the appointment of controversial far-left Democrat Andrew Weissmann to assist in running the Special Counsel.

Rosenstein knew Weissmann would run the operation because he knew Robert Mueller was suffering from severe dementia and was incapable of finding the coffee room down the hallway.

This was one of the many lies by the Department of Justice and FBI in the last 6 years proving a corrupt, two-tiered legal system in the country today.

Weissmann then hired all far-left Hillary supporting attorneys and went to work. Weissmann indicted and jailed Trump associates on process crimes. He refused to investigate the criminal actions of the Obama administration’s spying on candidate Trump.

Weissmann indicted Russian operatives and companies to appear legitimate. Weissmann harassed Trump officials for two years in the hope that someone would fabricate a story so he could indict Trump.

And the rest is history.

Unfortunately, there is no secret remains hidden, it was in July 2019 the country found out Rod Rosenstein and Andrew Weissmann used Robert Mueller in their plot to remove President Trump.

It was very clear from Mueller’s testimony that he is suffering from severe dementia.

That’s why Mueller NEVER attended the meetings with Trump lawyers.

They used him anyway to convince the American public that their nefarious plot to remove the president was legitimate. They are liars and crooks.

And now in his new book even pencil-neck Adam Schiff admitted that Mueller was completely witless during the special counsel.

FNC: “Rep. Adam Schiff, D-Calif., said in his new book it was ‘heartbreaking’ to witness Robert Mueller’s mental state during his 2019 testimony on the Russia probe.

Mueller, 77, was appointed special counsel in May 2017 to oversee an investigation into allegations of Russian interference in the 2016 U.S. presidential election. In July 2019, Mueller testified on his findings, which determined the Russian government did interfere with the election but that there was no evidence of Russian collusion with then-candidate Trump. 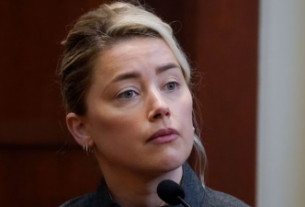 HATEFUL OMAR Calling For ABOLITION OF THE UNITED STATES! [VIDEO]