A refugee who was on bail for sexually abusing two young girls raped another two teens.

The fed-up judge has a perfect response to his horrible excuse.

Zohair Tomari, 20, who claimed to be from Morocco but is believed to be from Syria, invited his 17-year-old victim and her 15-year-old friend to his flat in August 2014 after befriending them.

He invited his 17-year-old victim and her 15-year-old friend to his flat in August 2014 after befriending them.

Once there, the twisted attacker plied the older girl with alcohol before slapping and punching both and pulling out a knife.

He demanded that the terrified teen open her legs and, as he undid his belt, told her that the more she cried, the more he would hit her, before proceeding to rape her.

Police arrived at the scene after the youngest girl was reported missing, at which point the other informed them of the incident in private.

Unfortunately, the rapist was granted bail and Of course, Tomari celebrated his freedom by raping 2 more white British girls aged 13 and 14, as they walked to a friend’s home in the early hours of the morning in August last year.

The pair were enticed into the car – in which Tomari was a passenger – and given drink and cigarettes before being led to a flat in Foleshill, Coventry, where he sexually assaulted them.

Part of Tomari’s “culture” and religion is having sex with young girls, including prepubescent children. The Islamic prophet Muhammad modeled that pedophilia is not sinful in Islam and is, in fact, a reward from Allah. By wedding his closest companion’s 6-year-old daughter, Aisha, 50-year-old Muhammad set the standard in Islam for child brides. Since he waited until the severely ill child reached age 9 before consummating their marriage, Muhammad’s union prompted Islamic Sharia law to mandate that 9 is the legal age to marry off girls.

As for rape, Tomari is divinely endowed with the Islamic right to rape as many non-Muslim women and girls as he desires. Waging many battles against unsuspecting and typically peaceful tribes in his time, Muhammad became just as successful in combat as he was in recruiting worshipers. With the promise of unlimited sex slaves, the prophet enticed men to rape captive women and children by quoting Quran 4:24 as religious justification. Muhammad even chastised his men for being worried about impregnating their non-Muslim sex slaves in front of their captive husbands. To ease their concerns he explained that getting their captive women pregnant would result in more Muslims being born for the sake of Allah.

As absurd as it is for Muslims to think that claiming cultural and religious differences will exempt them from our laws, this is exactly what liberals are enabling. By alleging that all cultures and religions should be respected and tolerated, they are legitimizing all of the violent and oppressive fundamentals of Islam and Sharia law.

Tomari was found guilty of rape, in relation to the incident involving the 17-year-old girl, at Warwick Crown Court, and jailed for a total of 12 years and nine months for both incidents.

The court heard how Tomari had been jailed at Coventry Crown Court in January this year after being convicted of trafficking for child sexual exploitation and sexual assaults in relation to the other incident.

He will also have to serve an additional seven years on licence, and has been ordered to register as a sex offender for life.

In relation to the first attack, Judge Andrew Lockhart QC, sentencing, told Tomari: ‘Behavior of this nature is abhorred in virtually every civilised country on this earth.

‘Sadly, then you were granted bail, and you committed other offences for which you are now in prison.

‘I am driven to conclude you are dangerous. I can see no end to the danger you pose.’

Tomari was handed a nine-and-a-half year sentence for child sexual exploitation and sexual assaults in relation to the that incident and, once half that sentence has been served, an extended sentence of eight years for the rape of the 17-year-old will begin.

Speaking after sentencing, a Home Office spokesman confirmed they would consider deporting Tomari.

He said: ‘Foreign nationals who abuse our hospitality by committing crimes in the UK should be in no doubt of our determination to deport them and we have removed more than 37,000 foreign offenders since 2010.

‘More than 6,100 foreign national offenders were removed from the UK in 2016/17.’
He added that all foreign nationals given a custodial sentence were considered for removal. 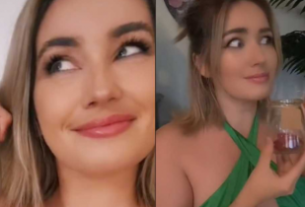 Mitch McConnell Has Stabbed Us All In The Back Once Again!