Newly uncovered county records contradict the claim that Democrat presidential candidate Elizabeth Warren has repeatedly said as part of her stump speech while on the campaign trail where she claims she lost her primary school teaching job because she was “visibly pregnant.”

“Minutes of an April 21, 1971, Riverdale Board of Education meeting obtained by the Washington Free Beacon show that the board voted unanimously on a motion to extend Warren a ‘2nd year’ contract for a two-days-per-week teaching job,” the Free Beacon reported. “That job is similar to the one she held the previous year, her first year of teaching. Minutes from a board meeting held two months later, on June 16, 1971, indicate that Warren’s resignation was ‘accepted with regret.’”

During an interview in 2017, Warren said:

I was married at nineteen and graduated from college after I’d married, and my first year post-graduation I worked in a public school system with the children with disabilities. I did that for a year, and then that summer I didn’t have the education courses, so I was on an “emergency certificate,” it was called. I went back to graduate school and took a couple of courses in education and said, “I don’t think this is going to work out for me.” I was pregnant with my first baby, so I had a baby and stayed home for a couple of years, and I was really casting about, thinking, “What am I going to do?” My husband’s view of it was, “Stay home. We have children, we’ll have more children, you’ll love this.” And I was very restless about it.

“I loved it, and I would probably still be doing it today but back in the day, before unions, the principal, by the time we got to the end of the first year, I was visibly pregnant,” Warren said while on the campaign trail in May, as reported by Jeryl Bier on Wednesday. “And the principal did what principals did in those days: they wished you luck, showed you the door, and hired someone else for the job. And there went my dream.”

I’ve updated my original article to note @hotairblog/@EdMorrissey‘s and @FreeBeacon/@CAndersonMO‘s further work on this story.
—
Elizabeth Warren: Fired From Teaching Job For Being Pregnant, Or For Lacking Qualifications? Story Appears To Changehttps://jerylbier.blogspot.com/2019/10/elizabeth-warren-fired-from-teaching.html … 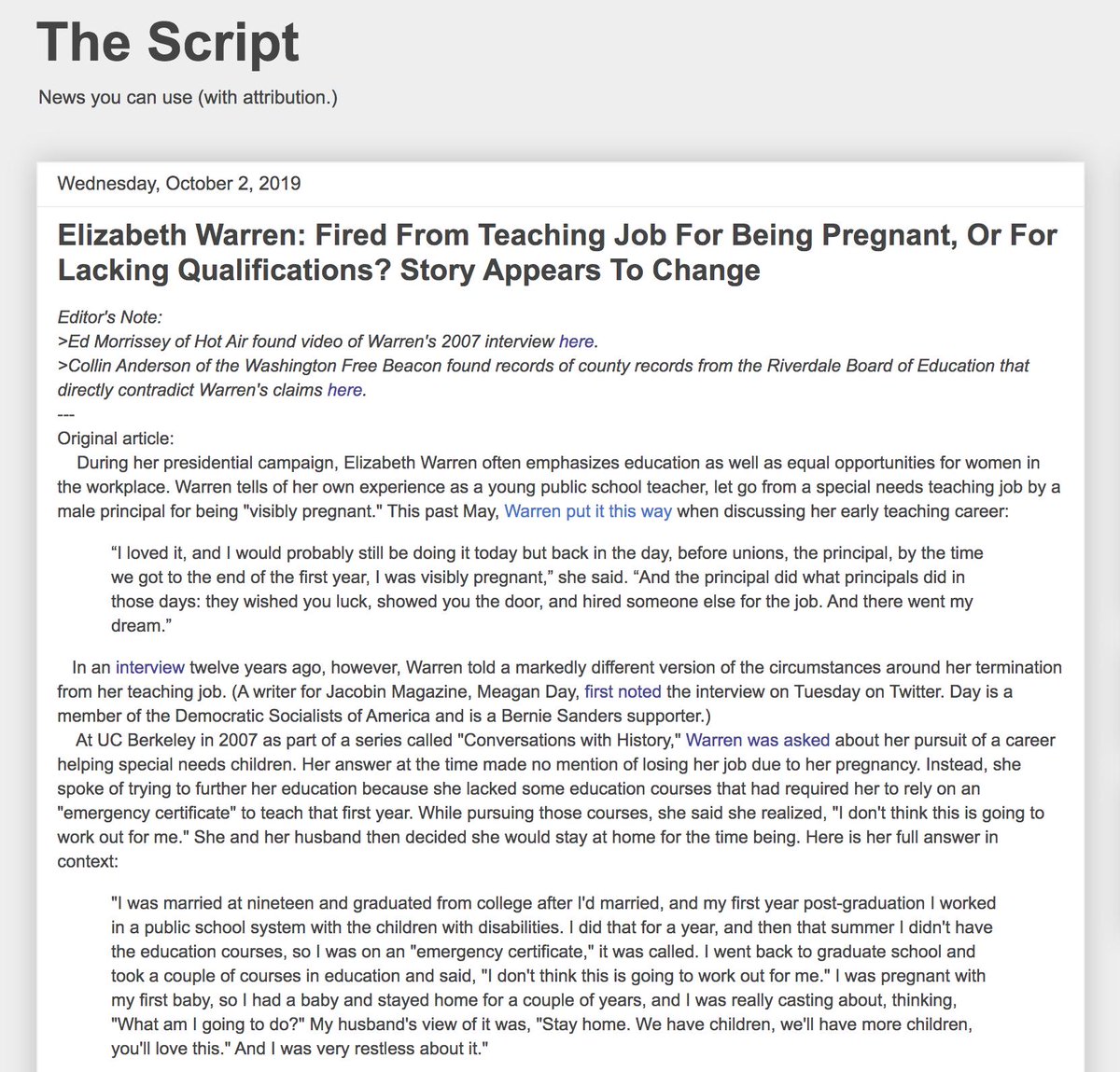 Warren used her claim that she couldn’t keep her job because she was “visibly pregnant” as a way to try to relate to female voters who feel they face discrimination on the job because they are female.

Tucker Carlson and Lisa Boothe from Fox News highlighted Warren’s growing scandal in a segment on Monday night as Warren rises to the top of the polls as Democrat presidential candidate Joe Biden begins to fade. 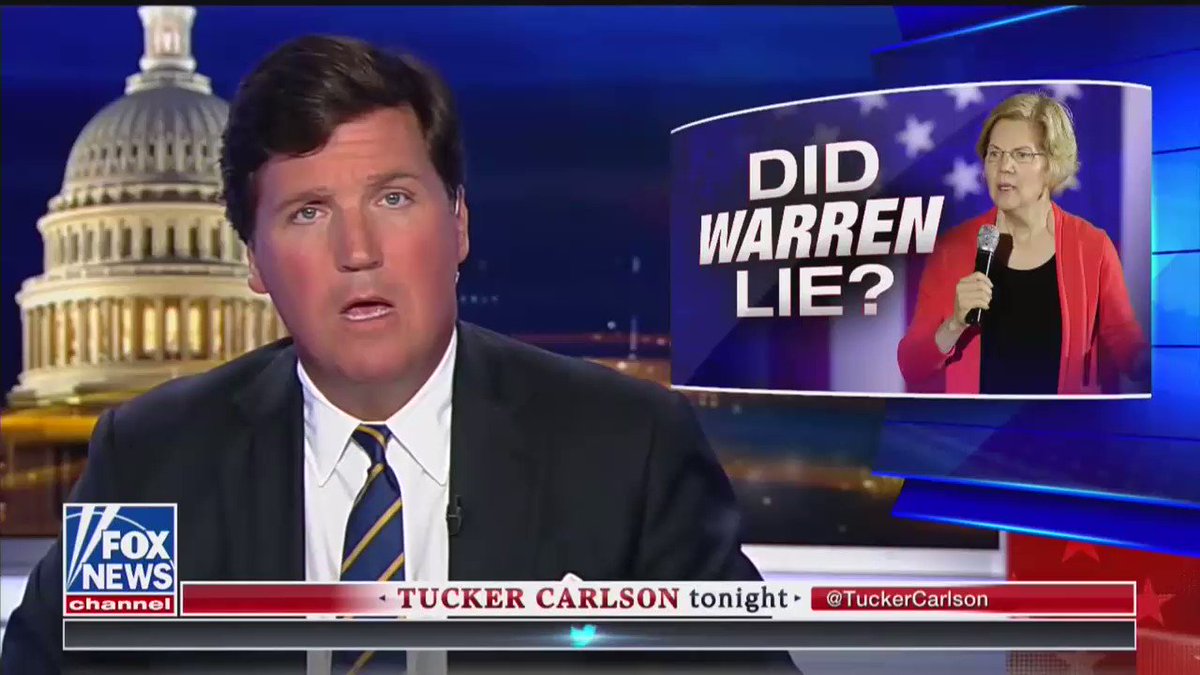 1,534 people are talking about this

In terms of fundraising, Warren finished second in the third quarter, raising $24.6 million between July and September, while Democrat presidential candidate Bernie Sanders raked $25.3 million in most cash.

Warren faced years of intense criticism about her false claim that she was Native American — a claim that was debunked a year ago when Warren released the results of a DNA test that she thought proved to be Native American, but instead suggested that she was Mexican, Colombian, or Peruvian between 1/64th and 1/1024th.

What Mike Rowe Just Told Liberals About Minimum Wage Just Shocked All Of Them!

Trump’s Surgeon General Has Been Savagely Attacked By Biden’s People!