Skip to content
Home>Uncategorized>New Jersey’s Crooked Governor Just Got Caught Breaking One Of His Own Rules!

It’s no longer a surprise that Democrats have been caught violating their own regulations, they are bunch of hypocrites anyway.

They’re always crying out loud in the public that people should follow their COVID policies otherwise face hard consequences. Yet, they are the number one violators! Hypocrites…

According to Town Hall:

The Equality Ball, an annual fundraiser for Garden State Equality, a nonprofit LGBTQ+ advocacy group, took place Thursday, when Murphy, leaders of New Jersey Education Association, and other officials were caught without masks.

State Senator Holly Schepisi said that the maskless event is the type of hypocrisy “that is driving people in New Jersey insane.”

“At the very same time that this Governor issued another EO mandating two-year-olds wear masks for upwards of 7 hours a day because of purported ‘safety,’ the New Jersey political democratic elite gathered maskless by the thousands at multiple indoor events throughout the State, including in “high-risk” Asbury Park, Bergen and Hudson Counties,” Schepisi said in a statement to Fox News.

As revealed by pictures posted online by the Acting AG Andrew Bruck.  Attendees to the dinner were maskless.

He said on his Twitter post “tonight, I was honored to join @GovMurphy along with LGBTQ+ advocates, community members, and public officials from across New Jersey for @GSEquality’s annual Equality Ball. Proud to be part of a community committed to equal justice for every resident of this state.”

Tonight, I was honored to join @GovMurphy along with LGBTQ+ advocates, community members, and public officials from across New Jersey for @GSEquality‘s annual Equality Ball.

Proud to be part of a community committed to equal justice for every resident of this state. pic.twitter.com/mrLbcjCv8M

“A New Jersey teachers union posted, and then quickly deleted, online photos that show its leaders and Gov. Phil Murphy going maskless at a fundraising event.”

Here are some comments from folks online:

“I love your mask along with those of all the others at this indoor event.  Does that mean kids can do the same at school?”

“Ahhh, rules for thee but not for me.”

“Apparently now equal justice for all. Only those in Murphy’s circle.”

“Proud to be a part of an administration that muzzles their constituents while carrying on the party.”

“I guess you never read the constitution or the NJ constitution. We don’t need special treatment for “so called” minority groups.”

Why are so many Democrats incapable of living by their own rules? 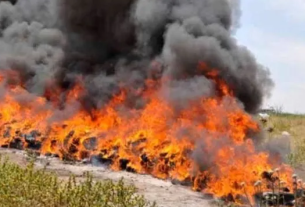 The Cops Decided It Was A Good Idea To Burn All The Confiscated Pot, Then They Realized They Made A HUGE Mistake… 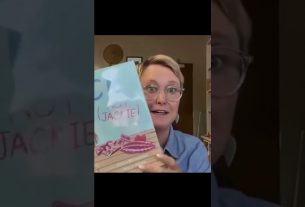