You would think a prison guard would be able to punch if they needed to keep an inmate in control. But in this video the guards are up against a professional boxer, and it is clear who has the superior fighting skills.

You can see there is some sort of altercation between the prison guard and the boxer, even though there are no words spoken in the video. 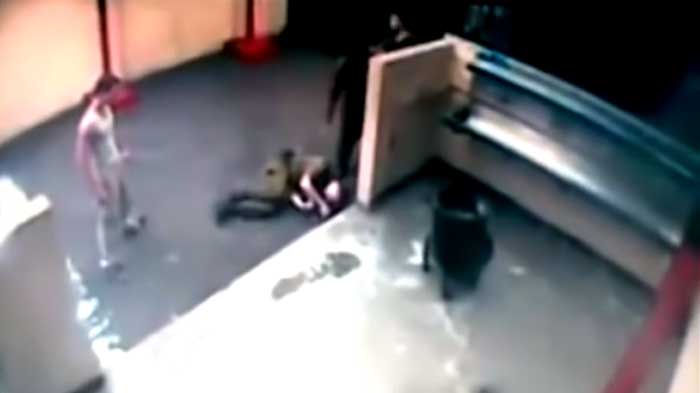 The boxer then delivers a punch that looks like it takes minimal effort, and the prison guard falls the ground quickly.The prison guard actually stays on the ground for some time. Until more guards show up to help. The next part of the video is with a group of prison guards in a room with one man.

The next part of the video is where the professional boxer inmate is surrounded by a group of guards. One guard approaches him, and he puts his arms out to defend himself. He delivers one swift punch, and the guard falls to the ground. 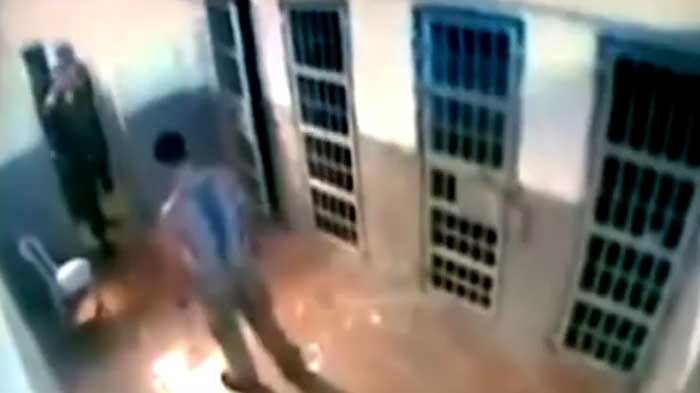 The rest of the guards just stand there. The one guard who was hit, gets up and tackles the inmate into the wall, and the other guards crowd him.

The guards surround the inmate, and then it takes a few of them to get the man into the cell, where they close the door behind them.

In this instance, the guards are not nearly as good at fighting as the professional boxer. He is trained to take someone down, and in both clips the fighter has the upper hand.