Skip to content
Home>Uncategorized>Report: THE PATRIOT PARTY IS ON ITS WAY!

One of the things that people need to realize is that over the course of time people’s opinions on things change.

Sure, their morals may be roughly the same but the way that you see the world will always change.

The same thing goes with political parties. There are probably Republicans out there right now that are sitting wondering what in the hell happened to their party. They might be getting an answer soon.

According to a report by the Wall Street Journal, Trump is allegedly looking into forming his own political party called the “Patriot Party” and it would consist of his most trusted and closest people during his administration.

“Trump discussed the matter with several aides and other people close to him last week,” the outlet reported. “The president said he would want to call the new party the ‘Patriot Party,’ the people said,” read the report.

Trump hinted at beginning a new part during his farewell speech on Wednesday.

“As I prepare to hand power over to a new administration at noon on Wednesday, I want you to know that the movement we started is only just beginning. There’s never been anything like it. The belief that a nation must serve its citizens will not dwindle but instead only grow stronger by the day. As long as the American people hold in their hearts deep and devoted love of country, then there is nothing this nation cannot achieve.”

Some of Trump’s top aides warned that starting a new political party would fracture the GOP and most certainly hand Washington D.C. over to the Democrats for many years to come. 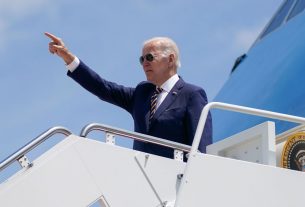