Trustees in Dolton, Illinois, said they were shocked after the Democrat mayor hired a Registered Child Sex Offender, which they claim was performed without their consent.

Lavelle Redmond, personally hired by Dolton mayor Tiffany is causing outrage to the Trustees because they learned that Redmond spent 24 years in prison for kidnapping two young teenage girls and was listed on the Illinois State Police child sex offender registry. In 1991, he participated in gang rape and beating in the Roseland area.

“On Sept. 20, village records show Dolton Mayor Tiffany Henyard hired 46-year-old Lavelle Redmond as a code enforcement officer — a job in which he goes into Dolton homes and businesses to inspect them and make sure they are up to code.”

Lavelle Redmond, a registered child sex offender, is listed on the Illinois State Police child sex offender registry. In 1991, he participated in gang rape and beating in the Roseland area. “He and three other people kidnapped and sexually assaulted two girls, ages 13 and 14,” Fox 32 noted.

Henyard, a single mom who grew up in Dolton, was elected mayor overwhelmingly in April with 82% of the vote, ABC 7 reported.

After being sworn in, she stated, “Dolton residents, I am reporting for duty. … I grew up with safe streets and I did not have any problems. It was a suburb. I want to bring that back to Dolton.”

The outlet added that outraged female residents responded to the news of Redmond’s hiring with quotes such as:

“Crazy. I don’t know. He won’t get in my house though,” said one woman.

“Oh my god. Don’t they supposed to do background checks before they allow these people to be in this kind of position?”

Fox 32 said that Henyard’s spokesperson “could not tell us if Redmond was still on the payroll or not.”

Last week, Dolton trustees aired concerns regarding Henyard because former Cook County Circuit Court Clerk Dorothy Brown, who had been in charge of the nation’s largest court system, and some of whose employees had been charged with various crimes stepped down from her position and then was hired by Henyard last May. Despite assurances that she was only hired for a transition period, some are concerned that she will end up staying in her new position.

Although their protests came in October and Henyard had said Brown would be gone by November, the trustees were worried; Dolton Trustee Jason House stated, “We are five months into this administration, the position still has not been posted, no applications have been taken. I feel like I’ve been lied to about the transition of Dorothy Brown.”

Dolton Trustee Brittney Norwood said that when the trustees asked Brown, whom Henyard had appointed as Village Administrator, for information, Brown “stated this is the mayor. She makes the decisions. And you all need to follow her lead and do what’s asked of you and not ask any questions.”

The town of Dolton lies immediately south of Chicago; the 2010 census recorded 23,153 people living there. The census also found that 32.2% of homes had a female householder with no husband present. 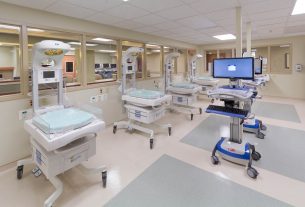 This Golden Went Missing For Nearly 2 Years. When He’s Reunited With His Family?…You’re Going Need To Get The Tissues!

Judge Lets Man HAVE IT, In Court… You’re A Sorry Excuse For A Human Being