Generally, when you have someone that is claiming that they are the victims of some kind of injury, you have to have some kind of proof, an examination from a doctor for example.

However, when one of your children was the victim of a highly publicized school shooting, you have to think that it would be assumed that those poor people are going through some kind of terrible mental anguish. However, never put it beyond someone that might have to pay someone money to make the victim go through something horrible in order to do it.

Parents of the victims in the 2018 mass shooting at Stoneman Douglas High School in Parkland, Florida, are being asked to prove they’ve suffered mental anguish.

The parents are suing the Broward School Board, the sheriff and other parties for the deaths of their children.

In turn, the Broward school district is demanding that parents of the victims turn over psychiatric records proving they suffered mental anguish over the tragic shooting deaths of their children.

Seventeen people — 14 students and three staff members — were killed and 17 were wounded in the massacre. Nikolas Cruz, a former student at the high school, has confessed to the killings.

Lori Alhadeff, a member of the school board whose daughter died in the attack, called the district’s demand a “harassing” and “burdensome” invasion of privacy, according to the South Florida Sun Sentinel.

At least a dozen additional families have joined Alhadeff in objecting to the demand. Alhadeff’s attorney, Robert Kelley, pointed out how such a request was unprecedented.

Plaintiffs generally prove their pain and suffering with testimony and rarely are required to submit mental health records to prove their heartbreak, Kelley told the Sun Sentinel.

“I personally don’t think the records are relevant,” he said. “I don’t think anyone is going to dispute that these families have suffered mental anguish.”

The school district responded on Oct. 1, saying that while it “recognizes the sensitive nature of these records,” it insists on proof of mental pain and suffering. 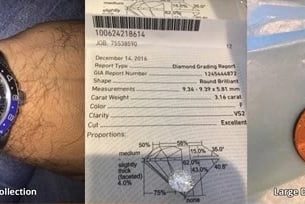 Leaked Payments From China Prove How Much The Biden’s Made Off Your Labor!

What Trump Just Suggested Will Cut The Taliban Off At The Knees!