Skip to content
Home>Uncategorized>Someone Tried To Clown Marjorie Tylor Greene And She Landed A Brutal Counter Attack On Them! [VIDEO]

Ever since Marjorie Taylor Greene (R-GA) was elected in 2020, the America First Congressmember has always been the long target of the Fake News extremists.

Constant baseless media, political attacks, and the wrath of Big Tech are only some of the extremists that target Greene where she’s getting suspended and censored multiple times as the Left’s trying to crack her down.

And as the conflict between Russia and Ukraine is ongoing these propagandists are now again turning their attention to Greene. And this time it’s for not following along with the approved narrative, with some outlets, like Newsweek, running headlines that refer to the first-term congresswoman as a “Russian Asset.”

And just yesterday a headline from The Independent labeled Greene as a “useful idiot” due to her comments about the Biden’s ties to Ukraine, calling her proven claims – you guessed it – “conspiracy theories.”

Another one happened just this Friday morning when Greene was approached by one of the fake news’ propagandists while she was walking in the streets of DC.

The said reporter accused Greene of being a Putin/Kremlin apologist. He insisted that Greene voted no against the Democrats’ multi-trillion-dollar spending package that included billions in aid to Ukraine.

The fake news reporter “Andrew” was ripped by Greene after she explained her reasoning behind voting against the measure. He tried to slander Greene but unfortunately to him, he didn’t go as planned. She ate this fool for lunch.

“What do you say to those who argue that [your no vote] combined with the thread on Nazism in Ukraine, and all the other comments you’ve made, represent a sympathy towards Russia and the Kremlin,” the reporter asked Greene.

Greene said angrily “Okay, first off, that’s ridiculous – and you need to stop. I don’t have any sympathy for Putin and Russia, okay?” she added “So, you can take your pro-Putin garbage and you can take it somewhere else,”

“What Putin is doing in Russia is murderous and it’s evil – and I’ve said so since the beginning.”

Greene concludes before leaving him in the dust “So if you are going to talk about my remarks, talk about all of them, Andrew – and be more honest in your journalism.”

This is the perfect example of how to handle these lying vultures in the right way.

On Friday, Greene uploaded a video of the incident to her Twitter where she noted that propagandists can smear her all they want, but she is “only loyal to a single country: The United States of America.

Greene also points out that the same can’t be said for all members of Congress.

The Democrats and their spokesmen in the Fake News media continue to defame me as Pro-Putin and Pro-Russia.

But unlike most members of Congress, I’m only loyal to a single country: The United States of America pic.twitter.com/6KHtdLfJer 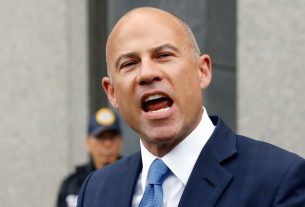 ALERT: A Massive Billionaire Just Said Something Chilling About The NEXT Pandemic!