Skip to content
Home>Uncategorized>There’s Something Happening In China That May Be Here Very Soon!

Joe and Kamala want to remodel America in likeness with China’s Communist Party. In fact, they have been making empty promises similar to the Chinese Communist Party, Chairman Xi Jinping made to China.

Just like Biden’s goal for America, Xi Jinping promises to embark on a massive enterprise to redistribute wealth from the nation’s top earners and businesses in the interest of “social fairness,” and invoking the common communist and socialist refrain of “common prosperity” for China which typically translates more to common misery.

We are doomed under Biden Regime, I think China will soon be his national advisor.

Both Beijing and Biden have agreed on the redistribution of Wealth.

“It is necessary to strengthen the regulation and adjustment of high incomes, protect legal incomes in accordance with the law, rationally regulate excessively high incomes, and encourage high-income groups and enterprises to return more to the society. We must clean up and standardize unreasonable income, rectify the order of income distribution, and resolutely ban illegal income.”

“It is necessary to promote the common prosperity of farmers and rural areas, consolidate and expand the results of poverty alleviation, comprehensively promote rural revitalization, strengthen the construction of rural infrastructure and public service systems, and improve the rural living environment.”

The similarities, even nearly identical points between Xi Jinping’s communist rhetoric and those of the Biden-Harris regime are stark and should chill the bones of any American who believes in the individual freedoms and free-market capitalism that have made our nation great.

In glaringly evident fact: under the current administration, the concept of a Democratic Party is a mere shell, inhabited by the mutated form of racial, gender and sexual preference identitarian infused Democratic-Socialism

Here’s an excerpt from May 2021 The New York Times report:

“Biden’s $6 trillion budget bets on the power of government to propel workers, families, and businesses to new heights of prosperity in a rapidly changing economy, by redistributing income and wealth from high earners and corporations to grow the middle class.”

Of course, the mastermind of the budget was none other than the Senate’s most senior avowed Socialist Bernie Sanders (I-VT) who now sits as Budget Committee Chairman, the highest posting he’s ever received. Sanders was forced to “compromise” with moderates like Sens. Joe Manchin (D-WV) and Kirsten Sinema (D-AZ) and had to pare that down to a paltry $6 Trillion deficit exploding budget.

In a fawning love letter to Bernie, The Washington Post wrote:

“At this moment, where we have the power to do something good . . . we’re going to address them in a bold way,” Sanders said.

“A lot of people are losing faith in democratic government, with a small ‘d,’ and it’s just terribly important to me that we show people that we understand — we have a sense of what’s going on in their lives, we can address their crises and make life a little bit better,” he said. “Maybe we can restore some faith on the part of the American people in their government.”

However, many Republicans, at least those with a modicum of strategic thinking and an awareness of what the public actually thinks have a different view: they couldn’t be happier that Biden and Bernie are parroting Xi Jinping. It proves their point completely.

“I talk about it all the time, they’re the socialist party now, not the Democrat Party,”

All the GOP needs to do is hold the line against this gargantuan overreach of the Democrat-Socialist radicals and ride Americans’ rejection of Beijing’s policies to victories in 2022 and 2024. The American people have seen the fruit of the Communist, oppressive policies of China and want no part of it. 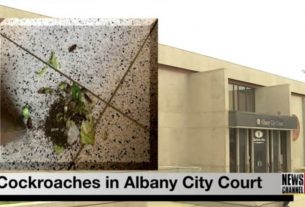