People familiar with the matter confirmed the subpoena to ABC News, adding that Cipollone’s legal team is expecting to engage in negotiations regarding an appearance as they did when he spoke with the House select committee investigating the Capitol incident earlier this year.

Cipollone was first subpoenaed by the House panel in late June and appeared before the panel less than 10 days later for a closed-door — but recorded — deposition.

More details of this report from ABC News:

A federal grand jury has subpoenaed former Trump White House counsel Pat Cipollone in its investigation into the Jan. 6 assault on the U.S. Capitol and efforts to overturn the 2020 election, sources with direct knowledge of the matter told ABC News.

The sources told ABC News that attorneys for Cipollone — like they did with the House select committee investigating the Jan. 6 attack on the Capitol — are expected to engage in negotiations around any appearance, while weighing concerns regarding potential claims of executive privilege.

The move to subpoena Cipollone signals an even more dramatic escalation in the Justice Department’s investigation of the Jan. 6 attack than previously known, following appearances by senior members of former Vice President Mike Pence’s staff before the grand jury two weeks ago.

The Justice Department’s investigation into January 6 is separate from the Pelosi-Cheney House panel’s probe of January 6.

Last month, Cassidy Hutchinson testified, under oath, that Pat Cipollone was at the White House on the morning of January 6.

“We understand, Ms. Hutchinson, that you also spoke to Mr. Cipollone on the morning of the 6th as you were about to go to the rally on the Ellipse. Mr. Cipollone said something to you like, ‘make sure the movement to the Capitol does not happen.’ Is that correct?”

“That’s correct. I saw Mr. Cipollone right before I walked out onto West Exec that morning and Mr. Cipollone said something to the effect of, ‘Please make sure we don’t go up to the Capitol … We’re going to get charged with every crime imaginable if we make that movement happen,’” Hutchinson said.

And now, GOP Rep. Jim Banks (IN) is demanding the DHS turn over surveillance logs to investigate Hutchinson’s claims after multiple sources that spoke to The Federalist, Pat Cipollone was not at the White House on the morning of January 6.

Mr. Cipollone testified in a transcribed and video-recorded interview behind closed doors to the January 6 panel earlier this month.

The Biden Justice Department has also opened an investigation into Trump’s actions to ‘overturn the 2020 election results.’

According to The Washington Post, DOJ prosecutors are probing “conversations with Trump, his lawyers, and others in his inner circle who sought to substitute Trump allies for certified electors from some states Joe Biden won.” 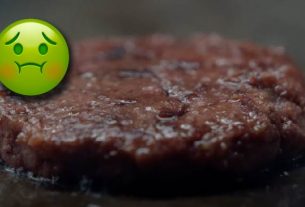 GRAPHIC CONTENT: They Found A Suspect With A Gun, And Cops Were Forced To…[VIDEO]