Skip to content
Home>Uncategorized>This Liberal LOSING HIS MIND Over The People’s Convoy Will Make You..

This has to be the best thing I have seen in a long time and I am sure you will agree.

Over the last year, we have not talked about “Trump Derangement Syndrome” much, but it is still alive and well in the world.

Maybe the reason it has died down a bit is based on the fact that Joe Biden is in office, but it is still alive and kicking.

There was a flare-up of TDS when the Freedom Convoy rolled into Canada.

It is almost like the liberals have never seen a truck before, or may they are just livid that there are people who are sick and tired of big government telling them what to do.

At any rate, the people’s convoy has begun to roll into Washington D.C. and that is when one man loses his mind.

The unnamed man begins to shout at the top of his lungs and make obscene gestures at the truck stopping at a light. The lunatic who is wearing a face mask with no one around is demanding that the trucks leave and tells them that they are racist.

Good lord, we have serious mental health issues in this country.

What an absolute loon, right?

Of course, the comments online about this guy were hilarious:

“What pronoun is this guy?”

“he’s still wearing the mask outside by himself?”

“Why is the guy in the mask so angry? People gotta chill out.”

“I think the vaccine did this to him.”

“Someone is on his period 😬”

“I wonder who paid him to do this?”

“He’s wearing a mask outdoors and is having trouble with it slipping off his face while yelling. But makes sure his face is never exposed or shown. Truly amazing 🤣🤣🤣🤣”

“Give him a box of masks. He’ll be happy. Like candy. Mask eating is the new fetish I guess”

Can you imagine if a conservative reacted like this when they saw a BLM sign in their neighborhood?

They would be publicly shamed for all eternity.

More proof that liberalism is a mental disorder. 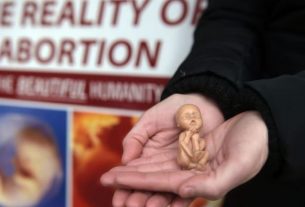