Skip to content
Home>Uncategorized>Newt Gingrich Has Got News: ‘Leaking Trump Tax Return Was Felony, Whoever Did it Should Go to Jail’

As I’m sure you know, Rachel Maddow sparked massive controversy when she announced that she had obtained President Trump’s tax returns, and planned to release them on MSNBC Live at 9.

After dedicating almost her entire episode to Trump’s returns, however, all we learned was that the president made a ton of money and paid a ton of taxes in 2005.

Sweet. That shuts up all the libtards about the tax returns.

One less thing to hear them b*tch about….right?

However, House Speaker Newt Gingrich was less than pleased, and even came out to make it clear that there’s a much more serious consequences involved with pulling this stunt on a Live TV show-  Someone could end up in JAIL.

As Gingrich explained to Fox News on Wednesday:

“First of all, to release those taxes is a felony, and they should impanel a grand jury and find out who released it, and that person ought to go to jail.

This city is filled with people who think they can break the law as long as they’re liberals, because it’s morally right to do anything you want to hurt Donald Trump. That’s wrong … They ought to be prosecuted as criminals, which they are.”

While Maddow has argued that the First Amendment protects her from prosecution, however, much of it depends on whether or not the journalist who published the private tax documents did so knowing that they were acquired illegally.

Let it be noted that David Cay Johnston — the veteran journalist who provided Maddow with Trump’s returns — has said that he didn’t seek out the documents himself, but simply found the tax forms sitting in his mailbox one day.

Regardless, Gingrich maintains that  “it is totally illegal to steal and publish tax returns.”

WH responds to MSNBC report on Trump tax returns: "you know you are desperate when you willing to violate the law…" pic.twitter.com/DCedFdxWCc

Gingrich didn’t stop there, though.

HE TORE INTO MADDOW!

“Second, Maddow is fake news, so the fact that she had a fake news hysteria shouldn’t surprise anyone.”

According to sources, even MSNBC chief legal correspondent Ari Melber admitted that leaking tax documents can lead to a jail sentence of up to five years, but added that the media “can usually report on unauthorized disclosures without being a part of the underlying crime.” 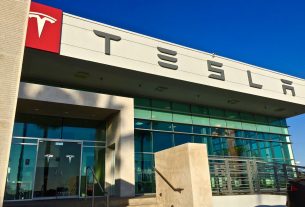 They Were KILLED When A Car Battery Caught Fire, A Just Handed Down A HUGE Judgement Against….

They Said Her Daughter Committed Suicide, Why Her Parents Are Suing Is Absolutely Mind Boggling!