Skip to content
Home>Uncategorized>Trump’s Lawyer Just Landed A Solid Round Against Laughable AOC!

These leftists like AOC have been quite very aggressive to particular GOP members, especially towards Governor Ron DeSantis.

Alexandria Ocasio-Cortez or well known as AOC has been trending online after she childly melted down after she and her goofy-looking boyfriend was spotted maskless and hanging out in Florida where the Representative keeps attacking its Governor. Hypocrite, right?

Well, it’s just like I said, Dems being Dems. It’s a habit that they can’t break and AOC lives by the code of “Rules for thee, not for me” that is making her look bad.

And for the record, AOC’s home state in New York has been reportedly facing spikes of COVID cases while taking these holidays is very incompetent and insensitive, right?

And previously, AOC has been the main persona for attacking Ted Cruz’s family when they went to Cancun during a bad Texas storm that knocked out power for thousands of people.

Recently, after she was called out by the right people, she melted down and accused Republicans of wanting to date her, What a jerk!

This has been the most bizarre and stupid meltdowns or just maybe to dodge another possible violation.

She re-tweeted and wrote a caption that reads, “If Republicans are mad they can’t date me they can just say that instead of projecting their sexual frustrations onto my boyfriend’s feet. Ya creepy weirdos”

If Republicans are mad they can’t date me they can just say that instead of projecting their sexual frustrations onto my boyfriend’s feet.

And this tweet may just have become an internet sensation after Trump’s lawyer Attorney Jenna Ellis marked herself safe from dating the ambitious AOC.

What are your thoughts about this melt-down? Lol 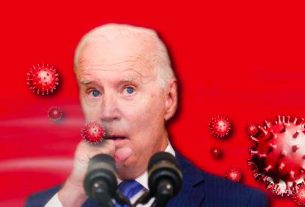 There’s Something Not Right With Biden’s So Called COVID…

Biden Just Ordered Them To Go After EVERY Trump Official!

Schumer Has Been CAUGHT In His Sneakiest Plot Yet…