A Republican Senator blocks by Biden staffer from recording video at migrant facility in Texas. The woman identified as a “senior adviser” attempting to block him from taking photos of migrants who were being detained in an overcrowded U.S. Customs and Border Protection facility in Donna, Texas.

Senator Ted Cruz, a Republican from Texas, posted a video on Twitter of the heated exchange that he had with Biden staffer, who repeatedly positioned herself to stand in front of Cruz while Cruz was attempting to record the actual situation in Border Protection facility. It can be seen in a video that Biden official repeatedly barked at Cruz to “give the people dignity and respect,” to which Cruz responded by pointing out that what the Biden administration was doing to the migrants was not treating the migrants with dignity and respect.

The purpose of Cruz’s recording video is to let the American people know the truth when it comes to the border in Texas. President Joe Biden sent a political operative from DC to block their cameras, Cruz, said.

Sen. Cruz and Sen. John Cornyn led a Senate delegation tour of the Texas-Mexico border last week in response to the immigration crisis surging and has called on Biden’s administration to strengthen the border and reverse policies.

Sen. Ted Cruz says this video shows a senior Biden advisor trying to block him from showing us the inhumane conditions that migrants are being kept in thanks to Biden’s disastrous policies at the border.

So much for Dem’s contrived concern over kids in cages, right? pic.twitter.com/Ef8w19hut1

The current situation on the border was “the worst that I have ever seen,” calling it a “full-blown crisis.” Cruz said during the Fox News interview.

“And that meant you saw in these cages, children, little boys and little girls, side by side. They’re not six feet apart. They’re not three feet apart. They’re not even six inches apart. They’re lying on the floor. There are no beds. They’re lying on the floor side by side. They’re covered with aluminum foil emergency blankets,” Cruz said. “And in that facility, the children there are testing positive for COVID at roughly a 10 percent rate. So, they’re locking them in these cages where COVID in a pandemic is a real risk. It is inhumane. It is unconscionable. And it’s the direct result of the political decisions that Joe Biden has made.”

“There is nothing humane about what Joe Biden and Kamala Harris are doing at the border,” Cruz later added. “They’re subjecting kids to horrific abuse. They’re endangering their lives in a pandemic by keeping them locked up in cages right on top of each other. And then they’re releasing illegal aliens into the United States who are testing positive for COVID at a rate seven times higher than the U.S. population.”

Cruz said that Democrats believe “that the more illegal immigration we have, the better, because they believe, if you let all the illegal immigrants in, and then you make them all citizens, that they will eventually vote Democrat and keep Democrats in power.”

Sen. Cruz also released images that show a packed migrant facility. He said these are the pictures that “the Biden administration doesn’t want the American people to see.” He added the matter is a humanitarian and a public health crisis.

“President Biden, the American people deserve to see the truth,” he said. 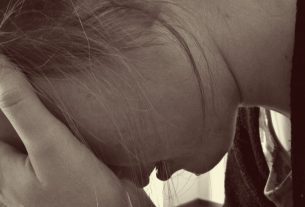 She Learned Her Daughter Was Bullying A Fellow Student, The Way She Dealt With It Is Absolutely Amazing…