Skip to content
Home>Uncategorized>What Kamala Just Laughed At Will Make You See Red!

On March 22, Vice President Kamala laughed when asked if she planned to visit the border and now facing criticism for what some say was an inappropriate.

The video has been posted on Facebook & Twitter but the posts do not show the full interaction and context in which she laughed. Before reporters asked Harris about her plans to visit the border, she had been answering questions about her agenda for her trip in Florida.

Apparently, the border crisis is now a laughing matter for the Biden administration.

WATCH: VP Kamala Harris laughs when asked if she has any plans to visit the border. pic.twitter.com/z3AdoFX0Dq

“Well, it is no laughing matter, and I wish the vice president and president would come to the border. I’d be glad to welcome them there and so they can learn what I’ve learned, talking to the experts, the Border Patrol, Health and Human Services, as well as the local officials and stakeholders who are bearing the burden of this open border policy of this administration,” said by Sen. John Cornyn, R-Texas, addressing Harris’ reaction on Fox News Channel.

Thousands of migrants have crossed the border at the highest rate in some 20 years after restrictions that were brought in during the Trump presidency were rolled back.

The photos showed many migrants locked inside clear pens that appeared similar to the ones the Trump administration came under fire for using.

There has also been further criticism after the administration appeared to restrict media access to the detention facilities.

Republicans Senator Ted Cruz wrote to President Joe Biden on Monday after access was refused to both the press and fourteen other senators who visited the border.

‘The American people are beginning to understand the gravity of the situation,’ Cruz wrote.

A New Report Reveals Exactly How Pointless Lockdowns Were!

When Mom Delivers Her Baby, Something Never Before Seen Happens…And It Was All Caught On Camera 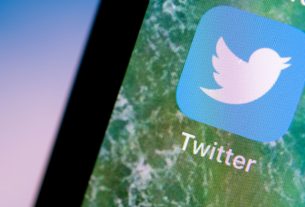 Twitter Employees CAUGHT ON CAMERA In A Panic Over Musk Takeover!