Skip to content
Home>Uncategorized>Why This Cop’s HOA Fined Her Is Absolute Lunacy!

Police hate has been chronic that even simple things officers get into trouble.

Dan Parri has received a report that a local Clearwater police officer has been asked by the homeowner’s association to stop parking her marked police SUV in her driveway or else, the officer will be fined for violating the neighborhood rules.

Parri told ABC News in a statement, “The first thought is, is it a joke? Like this is the most absurd thing I’ve ever heard of and every place that I’ve ever lived, if I had a police cruiser parked next to me I felt safer.”

Parri has also cleared the thought that Clearwater officers were allowed to take their vehicles home because it reduced response times and deterred crime in the officers’ neighborhoods.

“They don’t have that vehicle for the purpose of profit and maybe there are bad rules sometimes. You don’t enforce those rules, you change those rules!” Parri added in his statement.

Also, Parri has extended his thoughts about how law enforcement officers face tragedies daily and they did not need additional stressors at home.

“We just hope that they can come home to their family and just live their lives but it’s like now they are being harassed by this association,” Parri said.

Dan Slaughter, Clearwater Police Chief also released a statement in support of his troops: “The actions of this association to changing the rules is disappointing, to say the least. If you are going to change the rules on them, it seems logical to provide a grandfather clause that the association will honor. Not a grandfather clause they changed their mind on honoring. The community has demanded officers be dedicated community servants and respond, day or night, to emergencies.”

Both Slaughter and Parri stated that they planned to talk to local and state lawmakers to demand a law stopping HOAs from prohibiting first responder vehicles from being parked in driveways.

Biden defunding the police is also a big mistake. Thanks, Biden. 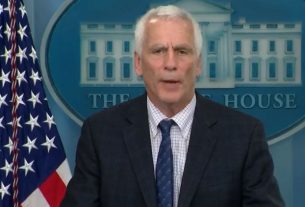 They Were Caught Lying About Gas Prices And This Biden Official Melted Like….