Skip to content
Home>Uncategorized>YouTube Caught Censoring Yet ANOTHER Trump Interview!

According to Reclaim The Net that YouTube has deleted an interview with former President Donald Trump on the Full Send podcast hosted by The Nelk Boys.

Of course, the woke YouTube will always claim it violated the site’s community guidelines and “misinformation policy” if the narrative is against their old grandpa Joe. According to YouTube’s communication shared by the Nelk Boys, the Masters of the Universe censored the Trump interview over a discussion of election fraud.

YouTube has deleted an interview with President Donald Trump on the Full Send podcast, hosted by The Nelk Boys.

“Youtube has DELETED our trump episode that over 5M views in 24 hours,” Kyle, of the Nelk Boys tweeted.

YouTube said that it deleted the video for violating its “community guidelines.”

And now, Youtube leftist censors type policy is back again. This time hitting the RNC for daring to interview the former president of the United States. Apparently doing so is unacceptable in this cowardly new world.

On Friday, leftist YouTube informed the RNC that it had pulled the latest episode of “Real America with Ronna McDaniel”.

That episode was a discussion between RNC Chairwoman Ronna McDaniel and former President Donald Trump, one in which Trump made claims about the 2020 election that the powers that be don’t want him to speak aloud. So, they took it down, with the reason given for the censorship predictably being his 2020 election claims.

BREAKING: YouTube has pulled down @GOPChairwoman’s interview with President Donald Trump from the GOP page for “misinformation.”

Big tech censorship is at it again! https://t.co/Xk7w38Mv0t

I wanted to let y’all know that your video, Real America Season 2, Episode 5: President Donald J. Trump, has been removed from the GOP YouTube channel, because it violated our policies pertaining to elections misinformation and does not contain sufficient EDSA context. Namely, the video contains claims that the 2020 election was “rigged,” with “tremendous voter fraud,” and countervailing views, which we refer to as EDSA context, on those remarks are not provided in the video, audio, title or description.

To clarify, this content would be permitted if it included sufficient context with countervailing views.

As a result, a one-time warning has been applied to the channel. This warning does not restrict your access to YouTube features, but future violations may result in Community Guidelines strikes and restrict feature access. You can find more information about our other Community Guidelines here.

“YouTube’s decision to remove a filmed conversation between former President Trump and the Chairwoman of the Republican Party is just the latest example of Big Tech’s chilling approach to censoring conservative opinion. Silicon Valley oligarchs care more about advancing their political agenda and de-platforming their opponents than they do about free speech. This blatant censorship should concern every American: if they can silence a former President, they can silence any citizen who they view as stepping out of line.”

Big Tech censorship like this should be a national concern, wherein Freedom of speech was only FREE for those who are in line with liftest’s narrative.

Missouri Just Made A HUGE Stand For Your Gun Rights!

He Went Out And Got Drunk, What Happened When He Woke Up Will Make Him Go Stone Cold Sober! 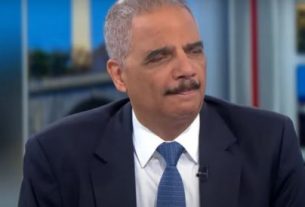