Skip to content
Home>Uncategorized>After Family Says They Were Told To ‘Pull the Plug,’ Woman Wakes from 7-Month Coma

Some of the most terrifying health scares are the ones that strike out of the blue. In September 2018, one woman by the name of Kertisha Brabson started experiencing some very strange symptoms.

At the hospital, she spoke oddly, danced and reached for things that weren’t there. According to her mother, the change was dramatic.

“Something has taken over and ruining my daughter,” Kertease Williams, Brabson’s mother, said, according to WBNS-TV. “I just don’t know what.”

“I don’t have no doctor’s background,” she continued. “[I’ve] never been to school for anything, but when it’s your child, you’re going to do everything in your power to bring your daughter back.”

The prognosis went from bad to worse when doctors determined that Brabson had anti-NMDA receptor encephalitis. She fell into a coma and most doctors didn’t hold out hope for her. Her mother was adamant that she find people who could help her daughter, so she kept moving Brabson from place to place, trying to find help.

“We were going to keep moving her because once I saw the doctors scratching their heads that clearly let me know they gave up and they don’t know what’s going on with her,” she said. “They told me she was brain-dead and pull the plug and all those things.”

It wasn’t just love for her daughter that pushed her to make those transfers; it was also love for her grandchildren, Diamonique and Perez, Brabson’s daughter and son.

“Every decision that I made was because she got two little people that was depending on their mother to come home and that was her kids,” Williams explained.

Finally, at Wexner Medical Center at Ohio State University, Williams met Dr. Shraddha Mainali, a neurologist. By that point, Brabson was experiencing up to 20 seizures a day and Mainali knew the statistics weren’t favoring recovery.

“In someone like her condition there is mortality above 60 percent,” she said. Despite that, they continued treating her, trying to do more good than harm as they puzzled through the condition.

RELATED: Bible’s Scriptures Unblemished After Blazing Fire Destroys Nearly Everything Else in Its Path

“Ok!!!… THANK YOU ALL for your prayers, calls & txts,” Raqueal Brabson posted on April 8. “Today was the best day of my families life!!! The call we have been waiting for… #TISHA is #AWAKE.”

“Yesterday made 7months she been in that state, & we are just so overwhelmed with joy.. we really can’t thank you all enough for the continuous prayers for her! We love you all & God bless!”

Friends and family were ecstatic over the news and redoubled their fundraising efforts to get Brabson financially back on her feet.

“As we all know , Tisha is on the road to recovery!” the GoFundMe page started eight days after her miraculous waking read. “After 7 months our girl, our sister has wakened Her family would like to be by her side as much as possible during this journey and new chapter. Please consider making that possible by donating for travel/room and board, so she can have as much support as possible during this time.”

When Brabson woke up in the hospital, she thought it was still September 2018 and was shocked to learn she’d been unconscious for over half a year.

While no one seems to know, medically, quite what roused Brabson from her slumber, they’re certainly happy she seems well now and on the road to recovery. 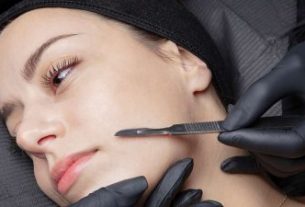 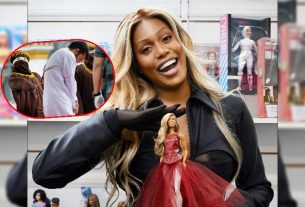 There’s A Very Dark Secret Behind The Transgender Barbie….