The other night, I came in from the garage and I heard my wife watching a video on the internet.

I come into the living room and my wife asks me if I had ever heard of someone named Candace Owens. I knew then if Owens ever ran for office that she would win.

Although she has made quite a name for herself as a political commentator, conservative pundit Candace Owens now might be throwing her name onto an election ballot near you. Because she feels that it is “not enough just to comment on politics,” she wants to help leave her mark on the political landscape as an elected official. That’s why she might be trying to get elected as either a governor or a United States Senator in the coming election or another one in the future.

Owens, who is thirty-years-old, has made it very clear that she supports President Trump. On Wednesday, she declared that she talked to her husband, having a long conversation, and decided that she would run in an election if she could go head-to-head with a Democrat. She wouldn’t want to unseat an incumbent Republican.

As a resident and voter in one of the most liberal states in the country – New York – Owens would have to fight and beat state governor Andrew Cuomo in an election. However, Cuomo has gained popularity as he has stepped up to do what he can to fight the spread of the coronavirus throughout New York City and the rest of the state. However, New York is being hit very hard right now, with nearly 3,000 deaths and nearly 100,000 cases of COVID-19.

On Twitter, Owens made her declaration to consider running for office.

“I’m now honestly considering running for office. Never had any desire previously, but something changed in me last night. I had a conversation with my husband, and I think it’s a plan.”

Owens is super successful as a political pundit. Her tweet about her plan to potentially run for elected office has been liked nearly 200,000 times and retweeted nearly 40,000 times.

Although the conservative has yet to state exactly what she is thinking, she did tell Fox News how she hopes to run against and beat a Democrat. 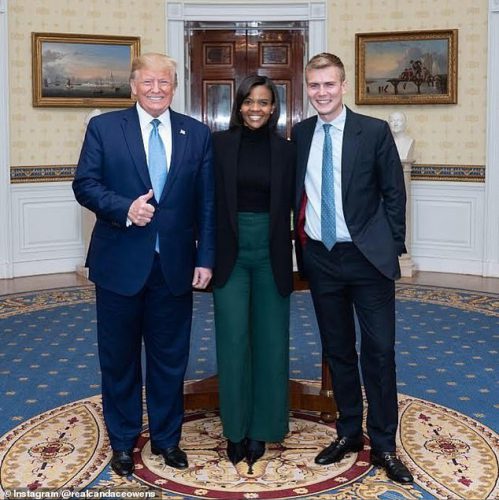 She said that for the time being, she would be “keeping things under wraps” as she hashes out her plan. However, she believes Democrats are “vulnerable, and right now is a perfect storm to see how people are leading.”

Owens also made the bold claim that she feels many Democratic politicians are “crooked” and that they are using the COVID-19 pandemic to “get themselves out of their own crises.”

She tweeted her announcement just moments before appearing for a radio interview on The Blaze.