Skip to content
Home>Uncategorized>Couple Sentenced To 2,340 Years In Jail And Everyone Agrees It’s Not Nearly Enough [VIDEO]

Patricia Ayers could only laugh as she learned that she faced 1,590 years in prison, while her husband, Matthew Ayers, faces 750 years. Because this horrible couple was caught and charged with 100 counts of producing child images of a lewd nature, they will not see the light of day for the rest of their lives. All law officers and court officials agreed that this was one of the worst and most disgusting cases they had ever witnessed in their career.

“I have been on the bench since 1998, and this is the worst case I have personally dealt with, including murders. You robbed this child of her childhood and her soul, and a maximum sentence is appropriate.”

Learn more about what these horrible human beings did below…

The terrible couple called Florence, Alabama home until they were arrested and moved – permanently – to their jail cells at the penitentiary. After their arrests, they pleaded guilty to the charges related to producing lewd images of a child in their custody.

They had been photographing and distributing the horrendous lewd child content to their buyers between the summer of 2010 and January 2013.

The demonic couple admitted that the photos they had took depicted a child in their custody in lewd and derogatory poses. They had forced the little girl to engage in sexual acts while on camera. Both of the Ayers engaged sexually with the child and the other photographed so they could sell the images at a profit.

Patricia readily admitted that she regularly sold her images to a contact in Texas, who had arrangements to also engaged in sexual behavior with the child – for cash.

Because the internet makes it easier for these sickos to distribute the stuff, the U.S. Department of Justice regretfully admits that the amount of these lewd photos and videos of children has greatly increased since the 1990s.

Since CyeberTipline was launched in 1998, more than 2.5 million reports have come in exposing people who abused and exploited children sexually.

Because the internet allows for anonymity, the photography industry of lewd child photos has thrived. And many of the people who distribute the ungodly content are adept computer users and developers. They can skirt the necessary safety nets out their designed to capture these heinous criminals.

The industry for these horrid images brings in an estimated $3 billion annually. About 83 percent of images bought and sold in this ghastly black market are between the tender ages of 6 and 12.

The couple has another trial that started on December 8. And based on their offenses, they’ll probably get a few more years (hopefully another several hundred) tacked on to their sentences. These other charges include rape and sexual abuser of a minor.

Muslims Take Over DFW, Force Everyone To Do Something HORRIFYING 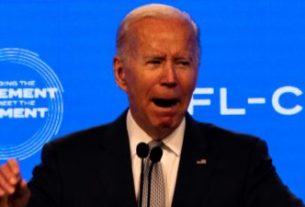 WOW! Only Five Dem Senators Said They Are Going To Back Biden!

Chelsea Clinton Cheerlead For China, And It Backfired Horribly…