Did you think you would EVER hear of this kind of event ON AMERICAN SOIL?

Portions of this article are a little older but it gives an insight to how long this has been an issue in America.

How much longer will we tolerate this invasion?

“The U.S. federal government was involved in a massive 8-year investigation mapping out Hezbollah’s terrorist network, which included cells in the U.S., when former President Barack Obama killed the investigation to secure his now-failed Iran nuclear deal. Politico reported: “

The militia group, Armed Patriots Against Radical Terrorists (APART), stormed the well known ‘Jihad’ training camp in the early morning hours of July 4th, hoping to do something the federal government has been either unable or unwilling to do, arrest suspected terrorists and shut their training camp down.

Located in a remote section of Charlotte County, the suspected terrorist training camp has been featured on Fox News multiple times as well as several other conservative news outlets. The compound has more than 20 trailer homes spread across hundreds of acres and its own mosque. According to the Christian Action Network, a watchdog group who monitors Islamic jihad training camps within the U.S., the commune holds approximately 100 Muslim men of military fighting age.

“We’ve been keeping around the clock surveillance on the compound,” said APART leader, Rob Remus. “Our intel led us to believe they were plotting an attack on our nation’s birthday. Since our government refuses to act, we took it upon ourselves to protect the country we love. That’s what patriots do.”

Remus said the excitement of the pre-dawn raid is helping keep morale high among militia members, even though their mission failed to close the camp or arrest a single suspected terrorist. “I’m sure once the adrenaline wears off we will pick ourselves up, dust ourselves off, and piece together what went wrong.”

A spokesperson for The Charlotte County Sheriff’s office told the AP no charges have been filed as of Tuesday. “These people are American citizens, have broken no laws, and there is absolutely no reason for this rogue militia group to harass them in any way,” the spokesperson said.

APART member, Del Wilkes, said he’s not afraid of facing possible felony charges, and would raid the compound again to keep America safe from radical Islam. “Our own government is aiding and abetting these terrorists,” said Wilkes. “We intend to keep up surveillance until new leadership takes over in Washington. Until then we’re keeping ‘em locked and loaded.”

Charlotte County locals told Scooper reporters they have had no problems with the Muslim group MOA, in fact, the folks we spoke with would like to see APART leave the area. “These wanna be G.I. Jokes need to get a life,” said James Duggan from nearby Red House. “They’d be better off joining a bowling league or something; at least they’d get some exercise because it looks like they could use it.”

Larry Pfohl, also from Red House, agrees. “This was a peaceful place until these so-called patriots started showing up around here with more guns then teeth. They don’t spend any money in the community, so there really isn’t one single reason to put up with these yeehawdists. It’s time for APART to depart,” Pfohl said.

According to the Counter Jihad Report, there are at least 22 active jihad training camps in the U.S.

More about Muslims of America:

Islamic extremists in the United States have traditionally set up shop in big cities with large Muslim populations: places like New York City, Dearborn, Michigan and even Washington, DC. But one secretive group is doing just the opposite.

They call themselves Muslims of America. They’ve established compounds throughout the rural U.S. Members say they moved to the countryside to lead peaceful lives free of “Western decadence.” But others say that doesn’t tell the whole story.

CBN News visited the group’s 45-acre site in Red House, Virginia – a town so small you can barely find it on a map. There are no traffic lights, and the only signs of industry are a pair of convenience stores. So when a street sign popped up named after a radical Pakistani sheikh-along with men and women dressed in traditional Islamic garb- the locals took notice.

Sheikh Gilani has been on U.S. intelligence agencies’ radar for years. He’s currently under investigation for possible ties to al-Qaeda. He also trained jihadists to fight against the Soviets in Afghanistan during the 1980s.

In addition, Gilani attended a 1993 jihadist conference in Sudan along with members of Hamas, Hezbollah and Osama bin Laden himself.

American journalist Daniel Pearl was on his way to interview Gilani in 2002 when he was murdered. The sheikh denies any involvement in Pearl’s killing.

CBN News spoke to a former member of Muslims of America who wishes to remain anonymous. ‘Mustafa’ says Gilani runs the group from Lahore, Pakistan.

“He’s the leader of the group. He’s a former member of the Pakistani military. His father was one of the founding fathers of Pakistan. He has great connections to Pakistani intelligence, the ISI,” he said.

Mustafa says Muslims of America serves as a cash cow for Gilani and Jamaat Al-Fuqra. Each member is required to send 30 percent of their income to Gilani. The group even had a treasurer that checked members’ pay stubs.

Sheikh Gilani uses these American dollars to help fund the Taliban and other terrorist groups, according to Mustafa.

Muslims of America compounds are filled with ex-cons from rough backgrounds. Many converted to Islam in prison. Mustafa says there’s at least one semi-automatic weapon in every home. 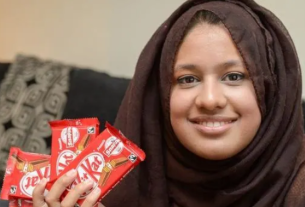