You would think with an emergency such as the Pandemic going on that Joe Biden would be more worried about a lot of other things than the pendency of words that are used.

At the end of the day, does it really matter what a dangerous illness is called if we are supposed to be fighting it? I mean really, what the heck do the liberals care more about, getting people better or hurting the feelings of the virus?

I haven’t left my property in months because of this and have been getting more things delivered than I could have ever imagined but do they really care about that? Nope, they care about what things are called. Give me a break!

Have you ever seen a more shameless display than Joe Biden has made this week?

He was very active this week and most of his policies have benefitted China. He removed them from the banned list and has allowed them access to our power grid, which they could use to destroy this country.

He has rejoined the Paris Accord which gives China the right to increase its emissions without limits. At the same time, it cuts our emission output, giving China a huge advantage in increasing manufacturing.

By cutting the Keystone Pipeline, he has given China the opportunity to buy up all of the Canadian oil that was to come to us.

…And now, he is playing semantics and is prohibiting the term “China Virus” despite the fact that the virus came from China, which is almost universally accepted with the lone exception of Andrew Cuomo of New York (who has not been right once during the pandemic, so that makes sense).

Is Biden claiming that the virus didn’t come from China or is he only saying we shouldn’t point out the facts?

The first known case of the virus was in Wuhan. There is a major biological lab just miles away which some claim had been studying the viruses.

Trump banned travel from areas with high rates of infections, so by ending the ban, Biden will be responsible for all of the deaths that arise from infected Chinese citizens who can now come here.

DeSantis Just Pledged If You Got A COVID Ticket He’ll Take Care Of It! 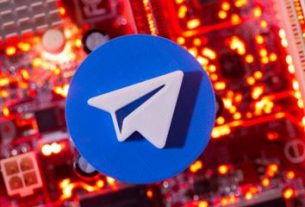 Telegram Just Totally Broke The Trust Of Every Last User…