Skip to content
Home>Uncategorized>She Electrocuted A Man For Looking At Her Breasts, What They Are Doing To Her Is….

When the law caught up with the woman from Maidstone, Kent she likely wasn’t so amused.

Hollie Baker, 29, delivered a debilitating shock to an autistic man named Lee Pearson, 42, whom Baker accused of looking at her breasts, who then found herself in hot water, after shocking the unwary man with a Taser that was illegally in her possession, Baker allegedly fled while the man writhed in agony on the ground.

In a report by the Sun, it is against the law for the general population to own Tasers in the UK since they can deliver shocks of up to 50,000 volts. Baker was detained for both electrical incapacitating device possession and aggravated assault. Baker came before the UK Maidstone Crown Court and pled guilty but made an effort to defend herself.

Baker claimed that she was uneasy because he was standing too near to her as they chatted in the street, in addition to telling the court that the autistic guy was staring at her breasts.

In an account presented to the court, Baker said: “I wanted him to step back and not be so close. I asked him to move back many times. He was looking at my breasts quite a lot.

She said she obtained the taser for protection after she was struck by a man, and would take it with her when she walked her dog late at night.

However, Victim Lee Pearson told the Maidstone Crown Court a different story; he claimed that he was going to the library in Northumberland Road in Maidstone when the 29-year-old Hollie Baker, who he had known for about a year, came up behind him.

“The next thing I knew she tasered me on the back,” said the 42-year-old. “I was terrified. I ran down the road and called the police.”

“She thought it was funny. It was like being stabbed.”

According to Mirror, Pearson recognized that having Asperger’s condition occasionally makes him unintentionally stand near to people and fix his eyes on them, but he said that wasn’t the case when Baker tased him.

“I wasn’t standing close to her. I was talking to her about my Asperger’s syndrome.” Pearson said, asserting that Baker attacked him without warning when they were discussing his autism.

Pearson also claimed that he had not looked at Baker’s breasts or meant to make her uncomfortable, “No, I was looking at her hair. I didn’t look at her in a sexual way,” he said. He also said that he considered both Baker and her boyfriend friends.

When questioned by the prosecutor, Baker denied being aware that one of the victim’s problems was that he occasionally got too near to people.

The prosecutor suggested that Baker left her flat to “have a go at him”.

He told her: “You had a new toy. You knew he was vulnerable. You were fed up with him invading your personal space and you jabbed him in the back.”

Baker was sentenced to 16 months in jail, although Baker’s lawyers claimed that she suffers from her own mental illnesses, asserting that she had schizophrenia and bipolar disorder in addition to needing prescription medications to fall asleep, making an effort to justify her actions, their defense didn’t appear to matter.

Even if Baker’s accusations were accurate, it would seem that she went overboard. Baker had tased Pearson in the back after all. 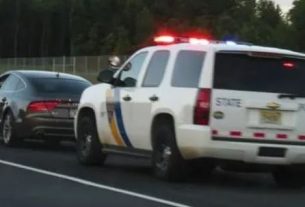 A Cop Took Forever To Exit His Car, When They Saw Why They Started Tearing Up…

Nancy Pelosi: ‘Scientific, Methodical Case Being Made’ for Impeachment of Trump 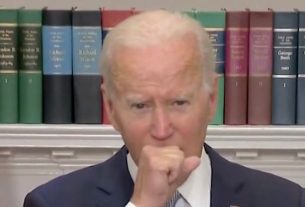