Skip to content
Home>Uncategorized>The Woman Who Tried To POISON PRESIDENT TRUMP Has Been CAUGHT!

There are certain things that scare the heck out of me, and one of them is the thought that I might open a letter one day to find it to be poisoned somehow with something like ricin.

That is the thing about liberals is that they are always more than willing to go the extra mile to be hateful and hurtful.

It wouldn’t be another day in North America without a crazed lefty initiating violence against a conservative.  The only difference in this case is that the target was not some innocent old lady with a Trump hat on, it was the President of these United States himself.

Just a few days ago it was reported that an envelope consisting of a a letter and a powder, which was later determined to be the poison ricin, was sent to the White House, apparently from Canada.  Three days ago the New York Times reported:

‘Ricin Is Said to Have Been Sent to White House

‘Letters sent in recent days to the White House and to local law enforcement agencies in Texas contained the lethal substance ricin, and investigators are trying to determine whether other envelopes with the toxin were sent through the postal system, a law enforcement official briefed on the matter said on Saturday.

Investigators believe that the letters were sent from Canada and have identified a woman as a suspect, the official said.

The letter to the White House, which was addressed to President Trump, was intercepted, as were the letters to a detention facility and a sheriff’s office in Texas.

The envelope to the White House was caught at the final off-site processing facility where mail is screened before being sent to the White House mail room, according to a second law enforcement official. The Postal Service irradiates mail that is addressed to the White House and other federal agencies in the Washington area, and the mail is sorted in a facility that samples the air for suspicious substances.’

Just yesterday it was announced that an arrest had been made in connection with the potentially deadly letters.  Politicoreported on the arrest, stating:

‘A woman suspected of sending an envelope containing the poison ricin, which was addressed to White House, has been arrested at New York-Canada border, three law enforcement officials told The Associated Press on Sunday.’

Today we are learning the identity of the lovely ‘lady’ who authorities say is capable of the attempted assignation of a foreign Head of State via poisoning.  Capable, in the sense that she was willing to try, not that she had the necessary skills or know how, thank goodness.

YES! Senators Are Banding Together To Protect Military From The Commander In Chief! 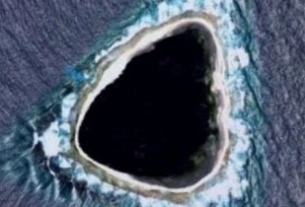 There’s Something Very Strange About These Photos Of Biden And Boris Johnson!