I hate it when there are people in the world that only act nice to you when you can do something for them.

For example, I had a relative that once a month would need to borrow some small amount of money from me that they would pay back about a week later. One time that they needed this money, I couldn’t do it because there was a plane ticket that I needed to pay for.

You would think that I had burned their house to the ground. You’re seeing a lot of so-called Trump supporters right now doing the same thing.

Joe Exotic of Tiger King fame had “the biggest Dodge truck limo in Texas” waiting for him outside the prison where he is serving a 22-year sentence Tuesday—but the pardon from former President Trump he was hoping for never arrived. The inmate, real name Joseph Maldonado-Passage, slammed Trump in an angry tweet issued by his official account Wednesday,” KFOR reports.

“I was too innocent and too GAY to deserve a Pardon from Trump,” he said. He also targeted Donald Trump Jr. who shared a meme of his father as Joe Exotic last year. “I only mattered to Don Jr. when he needed to make a comment about me to boost his social media post,” the tweet said.

“Boy were we all stupid to believe he actually stood for Equal Justice? His corrupt friends all come first.”

Maldonado-Passage praised Trump in September when he sent a 257-page letter requesting a pardon.

“If I have ever looked up to anyone it would be you,” he wrote. His legal team—”Team Tiger”—also expressed disappointment Wednesday, saying “140 million Joe Exotic fans had a hard time getting out of bed this morning.” Maldonado-Passage, 57, is a year into his sentence for violating federal wildlife laws and plotting to kill animal rights activist Carole Baskin, People reports.

Two Afghan Refuges Have Been Charged With Sick Federal Crime! 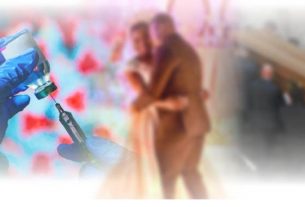 Since His Wedding Eight Months Ago, Nearly Three Dozen Guests Have Died!